The Equality Act: What Does It Mean For Employers? 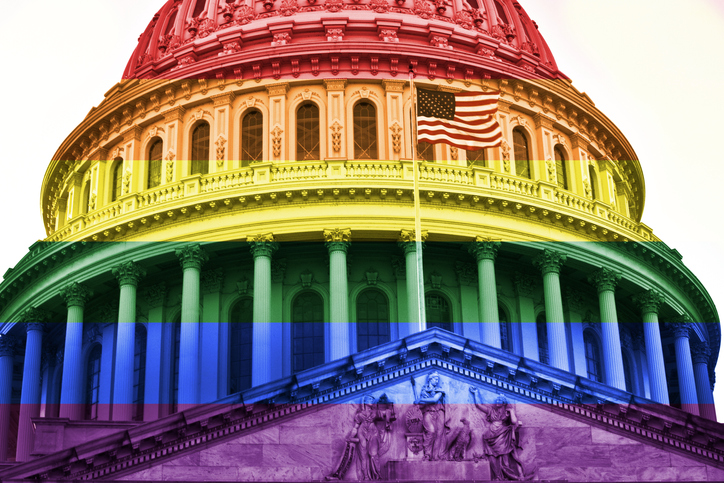 On February 25, 2021, the U.S. House of Representatives passed the Equality Act (H.R. 5), which expands civil rights for LGBTQ individuals on a federal level. The bill now heads to the Senate, where a vote is anticipated in the near future. So, what exactly is the Equality Act, and what does it mean for employers? Here are the highlights of this projected new law.

What is the Equality Act?

The Equality Act seeks to amend civil rights laws, including the landmark Civil Rights Act of 1964, “to expand as well as clarify, confirm and create greater consistency in the protections and remedies” against discrimination on the basis of sex, sexual orientation, and gender identity. H.R. 5, Section 2(b) [2021]. The Act expressly recognizes and aims to eradicate the widespread problem of LGBTQ discrimination:

Individuals who are LGBTQ, or are perceived to be LGBTQ, have been subjected to a history and pattern of persistent, widespread, and pervasive discrimination on the bases of sexual orientation and gender identity by both private sector and Federal, State, and local government actors, including in employment, housing, and public accommodations, and in programs and activities receiving Federal financial assistance. This discrimination inflicts a range of tangible and intangible harms, sometimes even including serious physical injury or death. An explicit and comprehensive national solution is needed to address this discrimination, including the full range of remedies available under the Civil Rights Act of 1964.

Haven’t we seen the Equality Act before?

If this all sounds familiar, it may be because the Equality Act was first passed by the U.S. House of Representatives in 2019, but was not given any further consideration by the Senate at that time. President Joe Biden has championed this LGBTQ cause, identifying the Equality Act as a priority legislation for his administration and urging the House to “swiftly pass” the Act in his first 100 days. House Democrats voted unanimously in favor of the bill on February 25, and with the joinder of three House Republicans, the bill passed with a 224-206 vote. The Act now faces a battle in the Senate, where the party lines divide its members 50/50. While the Senate majority leader is a co-sponsor of the bill, it will require 60 votes in support to be filibuster-proof.
What does the Equality Act mean for employers?

The enactment of the Equality Act would unquestionably settle the longtime dispute as to whether Title VII of the Civil Rights Act prohibits discrimination in employment on the basis of sexual orientation and gender identity. Essentially, the Equality Act would codify the recent ruling of the United States Supreme Court in Bostock v. Clayton County, which expanded Title VII’s protections to homosexual and transgender individuals, and would protect against future re-interpretations or limitations of the Court’s holding.

As for the exact language of the bill, the Equality Act simply proposes to replace the term “sex” with the phrase “sex (including sexual orientation and gender identity).” As a result, the Act provides the simplicity of an upgraded and expanded definition, without affecting the other provisions of Title VII and lending itself (at least hopefully) to more streamlined implementation.

Just how far does the Equality Act reach?

Unlike the Supreme Court’s ruling in Bostock, the benefits of the Equality Act stretch far beyond the realm of employment. In addition to Title VII, the Equality Act would also expand “sex” to include sexual orientation and gender identity in the Civil Rights Act’s prohibitions against sex discrimination under Title II (public accommodations), Title III (public facilities), Title IV (public education), and Title VI (federal assistance). Even more, the Equality Act would amend the Civil Service Reform Act, the Fair Housing Act, the Equal Credit Opportunity Act, and federal laws related to jury selection. The current version of the bill would also prevent use of the Religious Freedom Restoration Act (RFRA) (which you may remember from the Supreme Court’s 2014 Hobby Lobby case) as a defense against enforcement of the Civil Rights Act.

How should employers prepare for the potential enactment of the Equality Act?

Following last year’s decision by the Supreme Court, employers should have already updated their policies and trainings related to the prohibitions against discrimination and harassment to include the protected statuses of sexual orientation and gender identity. Non-religious employers who may have been resistant to these changes intending to rely upon the RFRA should be prepared to change course if the Equality Act passes in the Senate. Employers who have positions for which “sex” is a bona fide occupational qualification (BFOQ) should further be prepared to ensure that those positions are open to transgender individuals who identify with the applicable sex. Employers should also identify any spaces, such as bathrooms, that are currently segregated on the basis of sex and analyze whether changes will need to be made to protect the rights of transgender, non-binary, and/or other LGBTQ employees, customers, and invitees.

Employers lagging behind will need to get swiftly up to speed, as the Equality Act represents a widespread social, and not just political, change. Nonpartisan polling reveals significant national support for the Equality Act and its ideals, and the bill has been endorsed by more than 630 organizations and 350 major companies, including companies like IBM.

"The U.S. already faces a shortage of qualified and experienced talent and key technology growth areas, such as artificial intelligence and blockchain, quantum computing, cybersecurity, as well as healthcare," Carla Grant Pickens, Global Chief Diversity and Inclusion officer at IBM, said during a press briefing. "It is in the best interest of the country to ensure that all talented individuals have equal opportunity, and are able to pursue careers in these areas in these critical fields that we require talent." But strengthening inclusive work environments "goes beyond employment practices and protections," Pickens said. "It's time that civil rights protections be extended to LGBT+ individuals nationwide on a clear, consistent and comprehensive basis."

A 2019 report from the U.S. Chamber of Commerce Foundation found that LGBTQ-inclusive companies experience profoundly positive impacts, including increased revenue margins and lower employee turnover, and attract higher quality talent. The U.S. Chamber of Commerce has been an active supporter of the Equality Act and urged passage of the bill in a letter sent to House members prior to the recent vote, stating that “Equality under the law is essential to ensuring America’s free market system continues to thrive and to enabling our diverse workforce to reach its full potential without fear of discrimination.”

For more information on this act, contact the author of this post. You can also subscribe to this blog to receive email alerts when new posts go up.