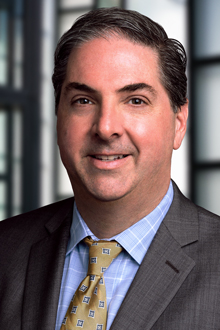 Michael J. Marcello is a partner in the Providence office of Lewis Brisbois and a member of the General Liability Practice. Michael has handled a variety of litigated matters including products liability, legal and accounting malpractice, insurance coverage, asbestos/toxic torts, and property loss claims.

In addition, Michael is the city solicitor for the 5th largest municipality in the state, and handles issues related to labor & employment, planning and zoning as well as negotiating labor contracts with public safety and municipal unions. He previously served as the City Solicitor for the City of Woonsocket (RI) and handled similar legal issues.

A practicing attorney for over 23 years, Michael has served as trial counsel in Rhode Island state and federal courts, as well as participated in numerous alternative dispute resolution (ADR) forums including arbitrations and mediations. He was recently appointed as an approved arbitrator to the R.I. Superior Court Civil Arbitration Program.

A graduate of Colby College and The American University’s Washington College of Law, Michael also served as a local elected official for the Town of Scituate. He later served in the Rhode Island General Assembly for four terms and was a member of various committees, including the House’s Judiciary Committee.

Former member, Charter and Budget Committees for the Town of Scituate

US Court of Appeals (1st Circuit)

Member of the Rhode Island and American Bar Associations