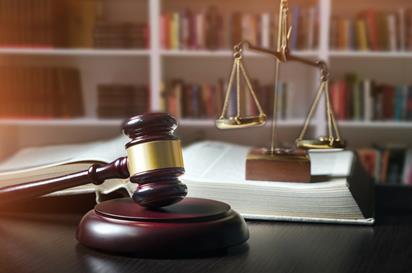 (June 2019) - Lewis Brisbois' New York Appellate and Trial Teams have been hard at work fighting for our clients' interests. Below is a rundown of some recent consequential appellate wins, led by New York Partner Nicholas P. Hurzeler, and summary judgment wins that show the ability of Lewis Brisbois' deep bench to secure victories even in traditionally unfriendly judicial hellholes. Some of the decisions include making new law and winning summary judgment motions prior to the Note of Issue being filed.

New York Partners Nicholas P. Hurzeler and Naomi J. Skura recently secured a reversal and summary judgment for a defendant bus company in New York’s Appellate Division, Second Department, in a negligence action. The plaintiff claimed the defendant negligently maintained the suspension on its vehicle. During a particularly rough ride on the Van Wyck Expressway, the plaintiff claimed the suspension bottomed out so badly that he aggravated a prior cervical injury. The plaintiff had a cervical fusion surgery in 2013 and another cervical fusion in 2017 with discectomy, allograft, and plate as a result of this incident. The plaintiff’s version of the accident was undisputed because there was not enough information to locate the particular bus or driver allegedly involved. Our New York office moved for summary judgment on threshold grounds and also on the grounds that the vehicle’s motion was not “unusual or violent” as required to sustain a negligence claim under New York law.

The lower court denied the motion, but the Appellate Division reversed and granted summary judgment based on the absence of an “unusual or violent” vehicle motion. The court agreed that the plaintiff’s testimony failed to raise a genuine issue of any negligence in operating the bus, and rejected claims by the plaintiff, his “expert,” and other witnesses’ that the vehicle suspension was damaged or inoperable.

This is the first appellate decision in New York granting summary judgment under the “unusual or violent” defense based on evidence that the plaintiff’s body was caused to be merely jostled, even though he also claimed he felt his neck snap. The decision granted dismissal based on the plaintiff’s admission that his body was not physically moving up and down, and that the bumps and jolts of the vehicle were merely putting pressure on his lower back. As the first appellate decision of its kind in New York on that specific fact pattern, we believe this decision will prove useful in future similar cases.

However, on appeal, the Appellate Division rejected the statement of the store clerk as inadmissible with respect to the location of the accident, noting that the clerk’s own deposition testimony showed he did not have relevant personal knowledge of the facts.

New York Partners Nicholas P. Hurzeler and Sheryl S. Fyffe recently obtained a summary judgment dismissal for their client in a premises liability matter venued in Kings County. The plaintiff sustained a traumatic brain injury with skull and nasal fractures after falling down a staircase in the defendant’s apartment building in Brooklyn. The plaintiff, relying on an expert engineering witness, alleged that the staircase violated multiple provisions of the NYC and other Building Codes. In particular, it was alleged that the stairs were missing a handrail, the stair treads were uneven, and there was a quarter-inch tripping hazard on the top step. The plaintiff demanded $7.5 million to settle.

At the close of discovery, we obtained a court order limiting the number of non-party witnesses who could be exchanged post-Note of Issue. We then moved for summary judgment on the grounds that the plaintiff was intoxicated at the time of the accident and could not identify the cause of his fall. Our motion was supported by our own engineer affidavit, stating the stairs were in compliance with all codes, and a toxicologist affidavit. In opposition, the plaintiff relied on his engineer’s opinion and submitted affidavits from two non-party witnesses who had not been timely exchanged (though they had been partially identified during depositions).

After oral argument and a review of the papers, Judge Carolyn Wade of Kings County granted our motion, rejecting the plaintiff’s engineer’s opinion because he had no personal knowledge of the cause of the accident, and rejecting the non-party witness affidavits as untimely. Based on the evidence and the law, we believe the decision will be upheld if appealed.

New York Partners Nicholas P. Hurzeler and David L. Rosenthal recently won several motions in limine in a pedestrian-vehicle accident trial in Bronx County Supreme Court. The plaintiff alleged he was struck by the defendant’s truck in a roadway in Mount Vernon, New York. We filed numerous trial motions, including motions to dismiss the plaintiff’s lost earnings and medical expenses claims, past and future. We argued that:

The plaintiff vigorously opposed our motions, but after oral argument the court dismissed both the lost wage and medical expense claims. The court also granted several motions to preclude evidence, such as a recording of a 911 call, because the personal knowledge of the caller could not be ascertained. These decisions show that even in the plaintiff-friendly Bronx County venue, courts are willing to dismiss substantial damages claims during trial where the plaintiff fails to adequately substantiate their claims with adequate expert testimony and documentary proof.

New York Partner David L. Rosenthal recently won summary judgment in two cases, one sounding in labor law and the other a premises liability case, prior to conducting depositions or completing discovery.

In both of these cases, we were able to persuade the court to grant summary judgment and dismiss prior to the Note of Issue being filed. These were multi-party litigations where the plaintiffs would not agree to voluntary discontinuances or even enter into settlement discussions.