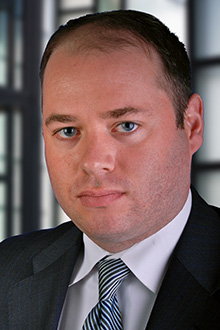 Nicholas Hurzeler is a partner in the New York office of Lewis Brisbois and a vice chair of the Appellate Practice. Mr. Hurzeler spends the bulk of his time briefing and arguing appeals in the First and Second Departments of New York’s Appellate Divisions, with a strong track record of success. Some of his recent appeals include a liability suit against a family services nonprofit involving assault allegations against a foster child, in which the Appellate Division, First Department upheld the dismissal of the complaint on the ground that the foster care agency did not have notice of the claimed abuse. The same court also upheld the dismissal of a lead paint allegation against a Bronx building and dismissed another complaint against a messenger company involving a road rage allegation that ended with the plaintiff losing a leg in a collision with a taxi cab.

In addition to his appellate work, Mr. Hurzeler also handles extensive motion practice for a variety of general liability matters. In a recent federal court case, he obtained a dismissal in a case involving the question of whether an insurance company was timely notified of a claim and whether it promptly conducted an investigation. In another action, Nick obtained summary judgment in state court dismissing a negligent security claim involving a sexual assault in a bathroom by an unidentified criminal, based on the court’s finding that the defendant bar did not have notice of an imminent assault and could not have prevented it.

Nick also focuses on products liability. He is a member of the firm’s lithium battery practice group, and has extensive experience defending asbestos exposure matters.

Some of Mr. Hurzeler’s significant appellate victories include the following:

United States Court of Appeals for the Second Circuit

Bachelor of Arts in Russian and History, 2002