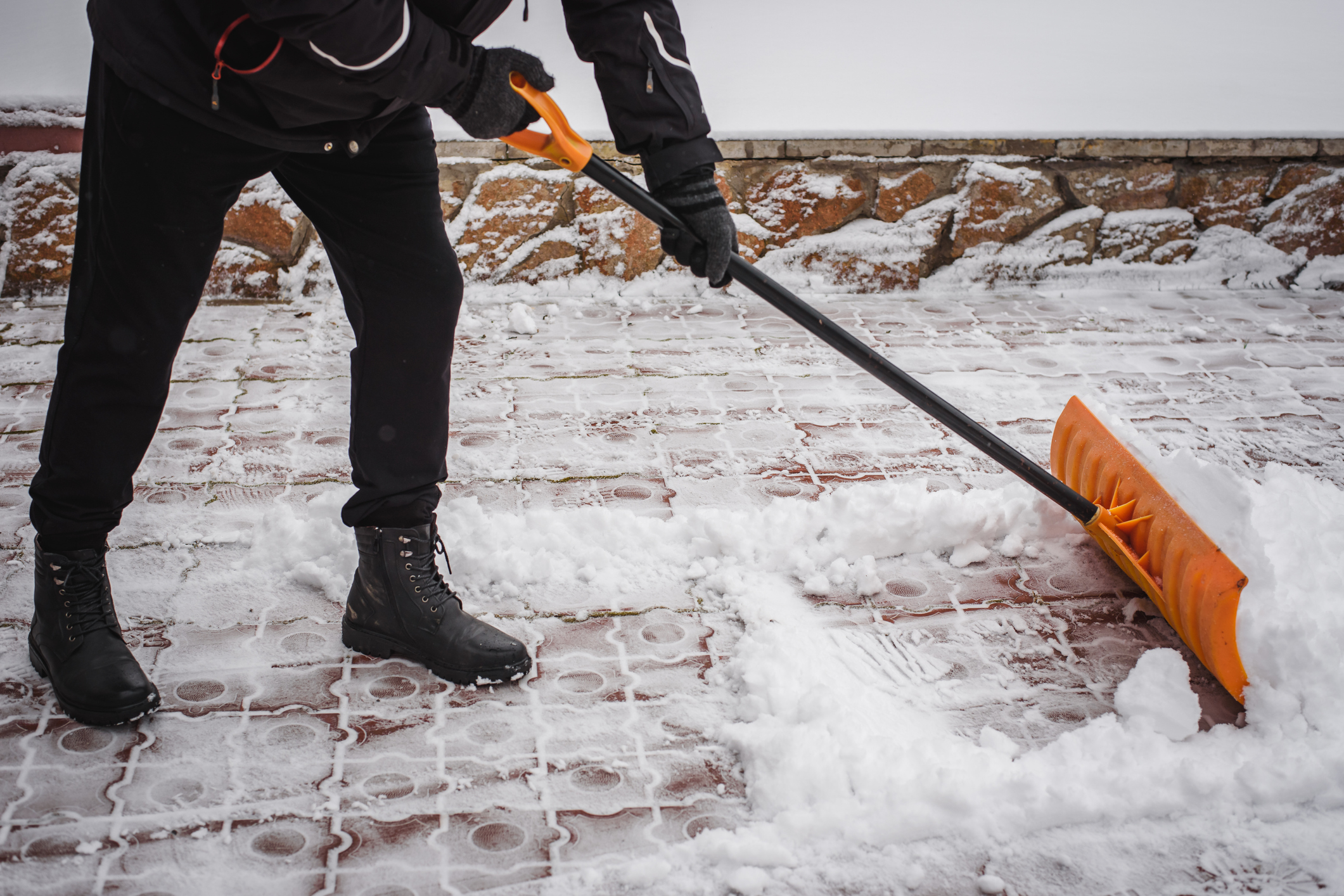 (February 4, 2021) - The winter storm that recently brought several feet of snow to the Northeast signaled that we are, indeed, in the middle of winter. Moreover, our nation’s favorite groundhog, Punxsutawney Phil, saw his shadow on Groundhog Day this year, indicating that winter will be with us for six more weeks. As we move through the remainder of this snowy season, it is important for businesses to understand their legal obligations concerning snow removal and the defenses that are available to them in the event that an injury occurs on their premises. This alert summarizes the ongoing storm rules in Connecticut, Massachusetts, New Jersey, New York, and Rhode Island, and analyzes property owners’ snow removal responsibilities as well as related premises liability issues under these states’ laws.

It is well settled in Connecticut that, in the absence of unusual circumstances, in fulfilling their duty to invitees on their property, property owners may wait a reasonable time after the conclusion of a storm to perform ice and snow removal from outside walkways and steps. Kraus v. Newton, 211 Conn. 191, 197-198 (1989). A property owner’s duty to perform reasonable snow and ice removal of outside walkways does not arise until after a reasonable period of time has passed after a storm ends. Umsteadt v. G.R. Realty, 123 Conn. App. 73, 83 (2010). The ongoing storm doctrine does not apply, however, if the defective condition arises from preexisting ice or snow, and not from the ongoing storm. Whether the alleged defective condition was caused by preexisting ice or snow and whether a storm has concluded are both questions of fact that may be decided by a jury. Kraus at 197-198.

To establish the existence of an ongoing storm, or the lack of preexisting ice or snow at the time of a plaintiff’s alleged falling incident, defendant property owners may submit weather reports. Kloers v. Bridegeport Wilmot Apartments, Inc., No. FBTCV166058766S, 2017 Conn. Super. LEXIS 4912, at *13 (Super. Ct. Nov. 20, 2017). Courts have held that while a plaintiff cannot merely speculate that preexisting ice or snow existed in the area where the plaintiff allegedly sustained injuries, a plaintiff’s testimony that they actually witnessed patches of ice prior to the date of their fall is enough to create a genuine issue of material fact to survive summary judgment. Id. at *13-14, citing Dancy v. Waterbury Housing Authority, Superior Court, judicial district of Waterbury, Docket No. CV-15-6027154-S (January 12, 2016, Shapiro, J.); Berlinger v. Kudej, 120 Conn. App. 432, 991 (2010). As a result, in addition to determining whether an ongoing storm was taking place, defendant property owners must also determine whether an unreasonable, preexisting accumulation of ice or snow was present at the time of the plaintiff’s alleged slip and fall. If there is no evidence of preexisting or “old” snow or ice at the time of an ongoing storm, then a defendant property owner may be entitled to summary judgment.

In Massachusetts, on the question of snow removal and premises liability, a general duty of care standard is applied. Prior to 2010, Massachusetts followed a “natural accumulation” rule. However, to hazards arising from snow and ice, Massachusetts now applies, “the same obligation that a property owner owes to lawful visitors as to all other hazards: a duty to ‘act as a reasonable person under all of the circumstances including the likelihood of injury to others, the probable seriousness of such injuries, and the burden of reducing or avoiding the risk.’” Papadopoulos v. Target Corp. 2, 457 Mass. 368, 383 (2010) (quoting Young v. Garwacki, 380 Mass. 162, 169 (1980)).

In Papadopoulos, the Massachusetts Supreme Judicial Court stated that the rule “introduces no special burden on property owners.” Id. Rather, “a fact finder will determine what snow and ice removal efforts are reasonable in light of the expense they impose on the landowner and the probability and seriousness of the foreseeable harm to others.” Id. at 384. The court added that “[t]he snow removal reasonably expected of a property owner will depend on the amount of foot traffic to be anticipated on the property, the magnitude of the risk reasonably feared, and the burden and expense of snow and ice removal.” Id. As such, “while an owner of a single-family home, an apartment house owner, a store owner, and a nursing home operator each owe lawful visitors to their property a duty of reasonable care, what constitutes reasonable snow removal may vary among them.” Id.

Pertinently, the court in Papadopoulos specifically did not adopt a “storm in progress” doctrine, despite adopting the “reasonable care” standard of the “Connecticut Rule” (see above). In a footnote to its decision, the court noted Connecticut’s adding of its “storm in progress” doctrine through its decision in Kraus v. Newton. Papadopoulos, 457 Mass. at 385 n.17. However, the court noted that: “Because the plaintiff here did not slip on snow or ice during a snow storm, we need not and do not decide today whether we agree with this interpretation of the duty of reasonable care. The decision whether to adopt such an interpretation should await our review of a case that presents such facts, where the issue may be fully briefed.” Id.

The standard established in Papadopoulos remains the law in Massachusetts today. See, e.g., Goreham v. Martins, 485 Mass. 54 (2020) (applying Papadopoulos when holding that while a landlord may be held liable in negligence for failing to act reasonably in snow and ice removal, the court in Papadopoulos did not intend also to declare that a tenant may recover personal injury damages for a slip-and-fall on snow or ice under the implied warranty of habitability); Santolucito v. Demoulas Super Mkts., Inc., 2012 Mass. Super. LEXIS 274 (Sept. 28, 2012) (applying Papadopoulos to a slip-and-fall case in which the accident at issue occurred during a snowstorm).

Some states, like New York, have adopted the “storm in progress” defense (see below). This defense holds that a property owner’s duty to take measures to remedy a hazardous condition caused by a storm is suspended while that storm is in progress, once the storm is over the owner must remedy the condition within a reasonable period of time. See Sherman v. N.Y.S. Thruway Auth., 27 N.Y.3d 1019, 1020–21 (2016).

Unlike other jurisdictions, however, New Jersey courts have not squarely adopted the “storm in progress” (what the court also calls “ongoing storm”) bright-line rule. Instead, New Jersey courts ask whether the commercial landowner has taken reasonable steps to render a public walkway reasonably safe. Liability only arises after the commercial landowner, with actual or constructive notice, fails to act in a reasonably prudent manner under the circumstances to remove or reduce the foreseeable hazard, considering factors such as whether it would be inexpedient or impractical to act. New Jersey courts will also look to following elements when determining this issue:

In New York, "under the storm in progress rule, a property owner will not be held responsible for accidents occurring as a result of the accumulation of snow and ice on its premises until an adequate period of time has passed following the cessation of the storm to allow the owner an opportunity to ameliorate the hazards caused by the storm." Baolin Liu v Westchester Prop. Mgt. Group, Inc., 145 AD3d 942, 943 (2d Dept. 2016). A defendant can prove this defense with lay testimony or meteorological data showing that there was precipitation ongoing at the time of the accident. Giron v. New York City Housing Authority, 187 AD 3d 603 (1st Dept. 2020).

For its “storm in progress” rule, Rhode Island follows the “Connecticut Rule” (see above). Fuller v. Housing Authority of Providence, 279 A.2d 438 (1971) (eschewing the so-called “Massachusetts Rule” and adopting the “Connecticut Rule” instead). Under the Connecticut Rule, “a landlord owes a duty to his or her tenants ‘to use reasonable care to see that the common areas are kept reasonably safe from the dangers created by an accumulation of snow and ice which is attributed to purely natural causes.’” Benaski v. Weinberg, 899 A.2d 499, 502 (R.I. 2006) (quoting Fuller, 279 A.2d at 440).

In Rhode Island, the Connecticut Rule applies to both landlords and business invitors. Terry v. Central Auto Radiators, Inc., 732 A.2d 713, 716 (R.I. 1999) (expanding the application of the Connecticut Rule beyond the landlord-tenant context to situations involving a business invitor and a business invitee). Significantly, the duty also does not arise until a reasonable time after the storm has ended. See Sullo v. Greenberg, 68 A.3d 404, 407 (R.I. 2013) (“Because the rationale is to allow a reasonable time to treat surfaces rather than ineffectually fight a continuing storm, the Connecticut Rule is intended to apply to ongoing winter storms resulting in an accumulation of snow, ice, or frozen rain.”).

However, under Rhode Island law, the Connecticut Rule only applies to relieve landlords and business invitors of their duty to treat their premises “only in the absence of unusual circumstances.” Id. at 408 (quoting Terry, 732 A.2d at 717). An “unusual circumstance” has been found where a business invitor had “exacerbated and increased the risk” to their business invitees, for example. See Terry, 732 A.2d at 717-18 (finding an unusual circumstance and therefore a heightened duty of care where a plaintiff brought her car to the defendant-mechanic’s shop during a snow storm and when the plaintiff returned, the defendant instructed her to retrieve her car from a back lot that had been untreated, where the plaintiff fell).

For more information on these state-specific rules, contact the relevant office managing partner. Visit our General Liability Page for more alerts in this area.