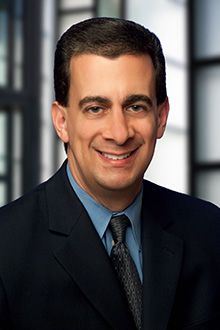 Perry Shorris is a partner in the Chicago office of Lewis Brisbois and a member of the Insurance Law, Bad Faith Litigation, Directors & Officers Coverage & Litigation, and Insurance Coverage Practices. Mr. Shorris has represented insurers in insurance coverage and bad faith litigation throughout the country with respect to a wide variety of insurance policies, including professional liability, errors and omissions, directors and officers, general liability, excess and umbrella liability, and commercial auto.

Mr. Shorris has obtained numerous victories at trial and on summary judgment.  In the area of professional liability insurance, Mr. Shorris was involved in a dispute which culminated with the opinion published as Berry & Murphy, P.C. v. Carolina Cas. Ins. Co., 586 F.3d 803 (10th Cir. 2009), in which the Court held that the underlying claim was first made prior to the policy period of a claims-made policy.  The Court applied the definition of “related wrongful acts” to find that the claim was first made in a letter sent to the insured prior to the policy period and prior to the underlying lawsuit.

Mr. Shorris also obtained summary judgment in a dispute over a Social Services Professional Liability policy.  Granite State Ins. Co. v. DeGuzman, Slip. Op., 08-cv-2189 (C.D.Ill. June 4, 2010).  The Court held that a claim under the Illinois Nursing Home Care Act, 210 Ill. Comp. Stat. 45/1-101 et seq., could not have been stated against the medical director of a nursing home, such that the insurer had no duty to defend or indemnify the medical director.

In the areas of “personal and advertising injury” coverage, Mr. Shorris has been involved in cutting-edge and complex issues.  Notably, Mr. Shorris argued and won the case of American States Ins. Co. v. Capital Assocs. of Jackson County, Inc., 392 F.3d 939 (7th Cir. 2004), which was the first published decision in the country to hold that the sending of unsolicited facsimile advertisements does not constitute “personal and advertising injury”.  In addition, Mr. Shorris prevailed in Santa’s Best Craft, LLC v. Zurich American Ins. Co., 408 Ill.App.3d 173, 941 N.E.2d 291(1st Dist. 2010), in which the court held that the insurer had no duty to indemnify a $3.5 million settlement arising out of an intellectual property dispute involving Christmas lights because the claim did not satisfy the “advertisement” requirement in the “personal and advertising injury” definition.

In connection with coverage for construction defects and construction injuries, Mr. Shorris’ efforts have led to several victories, including:

Other notable victories by Mr. Shorris include:

University of Illinois College of Law