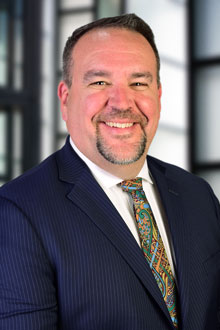 Thomas Regan is a partner in the Newark office of Lewis Brisbois and a member of the Products Liability, General Liability, and National Trial Practices. His multifaceted practice ranges from serving as first chair in trials concerning catastrophic injury, to supervising nationwide portfolios of products liability litigation, to counseling on matters concerning legal malpractice, employment law, and general liability.

Tom began his career handling bodily injury cases, advancing swiftly from simple slip-and-falls to complex catastrophic injury claims with multiple plaintiffs. His aptitude for bodily injury cases allowed him to expand his practice into related fields, most notably products liability, where he became adept at navigating the nuances of products liability law in New Jersey and Pennsylvania. He also was assigned the products liability and consumer warranty portfolios of several of the largest automobile manufacturers in the world, and developed strategies to supervise these portfolios in a manner that reduced cost and administrative burden, increased predictability and productivity, and eliminated waste.

A courtroom veteran, Tom has served as first chair in numerous trials, and recognizes that the best way to position a case for favorable settlement is to prepare it for trial. He also has significant appellate experience, having drafted briefs and argued several matters before the appellate courts in New Jersey.

Tom is a trusted advisor of corporations and insurance companies, and is regularly contacted to monitor high-exposure claims and position them for resolution or trial. Alongside his work with catastrophic injury and products liability claims, he advises on matters concerning professional liability, construction, and restrictive covenant, as well as on other non-litigation employment matters such as employment contract review. His broad experience has been instrumental in the success of his legal malpractice work, in which a firm understanding of the particulars of the underlying claims can be the difference between a favorable outcome and defeat.

In addition to his work in New Jersey and Pennsylvania, Tom is admitted in Tennessee, and has personally handled cases in more than 15 states. He has managed litigation in every state in the country.