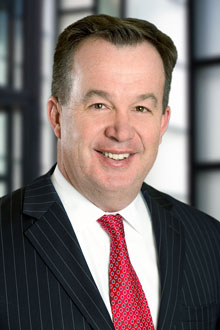 Gregory Hurchalla is a partner in the Philadelphia office of Lewis Brisbois and is a member of the General Liability and White Collar Defense Practices.

Throughout his career as a state and federal prosecutor, Greg prosecuted a wide range of high profile cases including complex environmental and white-collar cases as well as numerous homicide cases. Several high profile cases have garnered national attention, including a case featured on television's "America’s Most Wanted". He has received Delaware County Victim Rights awards from two separate organizations. Greg has also served on his township’s Zoning Board. For approximately a decade, he has taught a variety of legal and litigation related topics at the graduate and undergraduate level at a few area colleges as well as to law enforcement personnel.

Since leaving public service in 2011, Greg has focused his practice on various matters including environmental/ mass torts as well as insurance defense including motor vehicle and premises liability cases. He also has represented individuals in connection with a range of criminal and white-collar cases and investigations brought by federal state and local agencies. Greg has also represented individuals and small businesses in a variety of types of civil litigation.

U.S. District Court for the Eastern District of Pennsylvania

United States Court of Appeals for the Third Circuit

He has recently served on the Board of Directors for the Delaware County Bar Association.