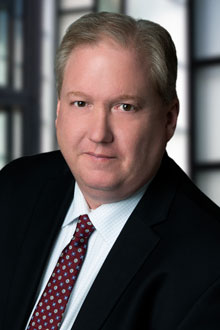 Scott Cockrum is the Administrative Partner of the Northwest Indiana office and a partner in the Indianapolis office of Lewis Brisbois. He has extensive experience handling professional liability claims in state and federal courts in Indiana, including ones involving the defense of architects, engineers, lawyers, accountants, surveyors, property managers, and realtors. He also frequently represents physicians and nursing homes in medical malpractice claims.

Recent successful matters of his include:

Scott spent five years as an adjunct instructor in the paralegal program at Calumet College of St. Joseph, and is a regular presenter at CLE events and conferences.

Co-authored, "Independent Counsel and Defense under a Reservation of Rights: Where We Are and Where We Are Going," Indiana Civil Litigation Review, 2017

United States Court of Appeals for the Seventh Circuit