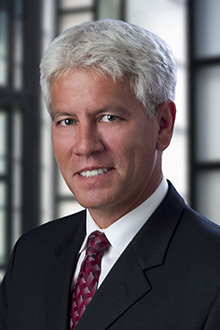 Zacarias Chacon is a partner in the Chicago office of Lewis Brisbois and a member of the Insurance Law, Bad Faith Litigation, Insurance Coverage, and First Party Property Practices. Mr. Chacon's practice has concentrated on first party coverage for over 30 years. During that time, he has handled cases involving every aspect of first party property coverage and has opined on coverage under ISO forms, AAIS forms and proprietary and manuscript policies.

Mr. Chacon has opined on and litigated questions involving:

Mr. Chacon has investigated, litigated and resolved first party coverage cases throughout the country, including Pennsylvania, New York, Kentucky and North Carolina, as far south as Florida and Louisiana, in the western states of Texas, Nevada, Arizona, California and Oregon and in the Midwestern States of Illinois, Iowa, Indiana, Ohio, Kentucky, Michigan, Wisconsin, Missouri, Arkansas, Minnesota and South Dakota.

Of all of the issues raised under first party property policies, Mr. Chacon has devoted most of his practice to the investigation and litigation of cases involving arson and fraud. In this regard, he has taken hundreds of examinations under oath and litigated an equal number of cases involving a variety of fraudulent schemes. Mr. Chacon has always approached fraud on offense, attempting not only to defeat the fraudulent claim under the Concealment, Misrepresentation or Fraud provision, but also to recover, in the form of penalties, investigative costs and attorney’s fees, or even prior claim payments, directly against the insured.

University of Texas at Austin

University of Texas at Austin