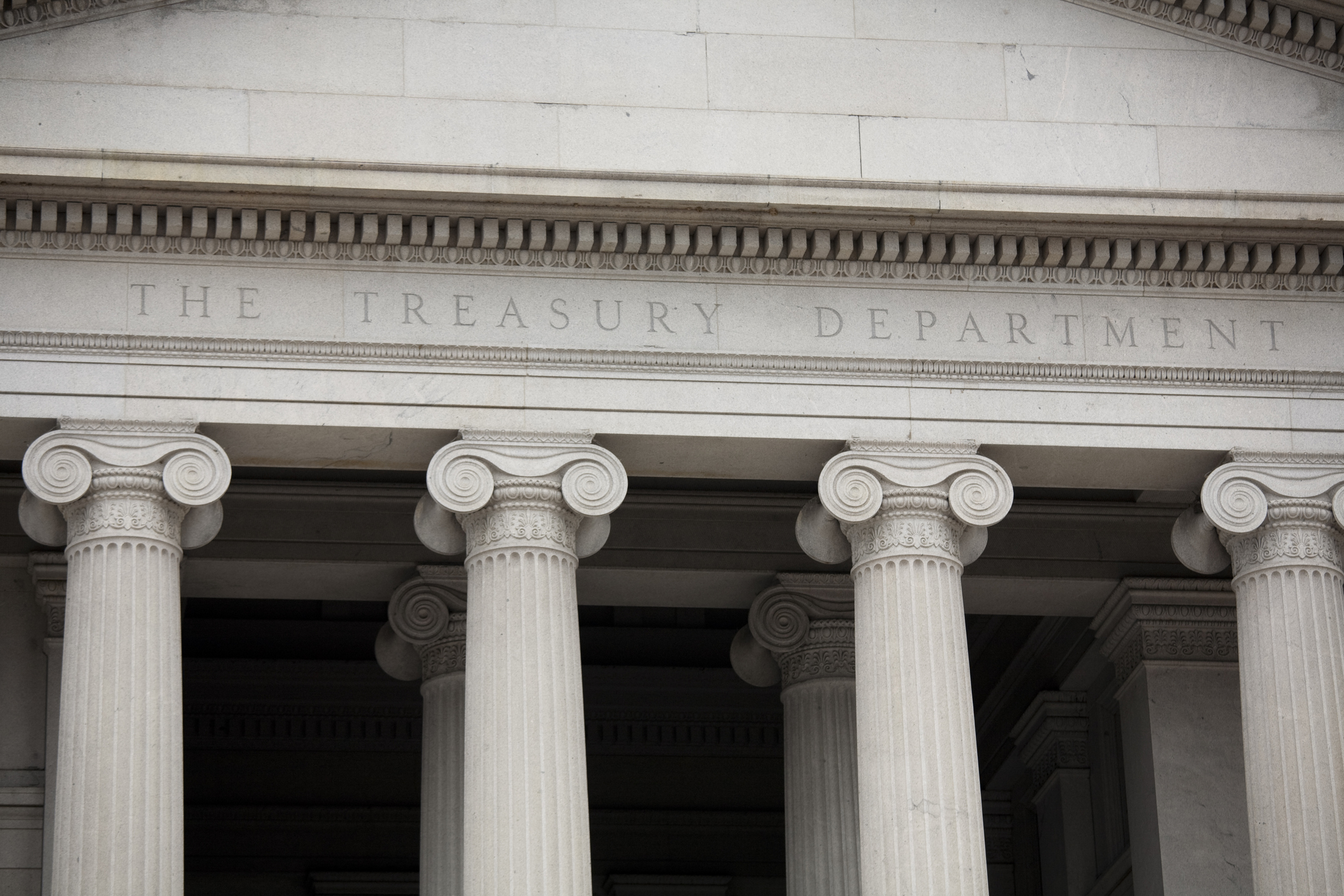 Houston, Texas (June 17, 2022) - In March 2022, in response to the Russia Federation's actions in the Ukraine conflict, the U.S. Treasury Department’s Office of Foreign Assets Control (OFAC) issued sanctions targeting Russian “elites and business executives who are associates and facilitators of the Russian regime” (see Lewis Brisbois’ alert from April 13). The result of these sanctions was to place the names of these individuals – often referred to as “oligarchs” – on the Specially Designated Nationals and Blocked Persons list (SDN List).

More recently, in an effort to go further, on April 28, 2022, the Administration released a package of proposals to “establish new authorities for the forfeiture of property linked to Russian kleptocracy.” (See Lewis Brisbois’ alert from May 20). According to the Justice Department, one of these proposals “would amend IEEPA’s [International Economic Powers Act, 50 U.S.C. §§ 1701 et seq.] penalty provision to extend the existing forfeiture authorities to facilitating property, not just to proceeds of the offenses.”

Though legislation to amend IEEPA has not yet been introduced, the Administration has ratcheted up forfeiture activity against assets outside of the United States since Russia's invasion of Ukraine. As the Administration announced on April 28, “[t]he U.S. Treasury has sanctioned and blocked vessels and aircraft worth over $1 billion.”

This alert details the reach of existing authority exemplified by the seizure of the motor yacht Amadea. The Amadea is a 348-foot yacht worth $300 million owned by sanctioned Russian oligarch Suleiman Kerimov.

IEEPA authorizes the President to “declare[] a national emergency with respect to” an “unusual and extraordinary threat, which has its source in whole or substantial part outside the United States, to the national security, foreign policy, or economy of the United States.” 50 U.S.C. § 1701(a). Under such a declaration, the Government may “block * * * or prohibit any, any acquisition, holding, withholding, use, transfer, withdrawal, transportation, importation or exportation of, or dealing in” the “property” or “interests of the property” of an entity or individual listed on the SDN. 50 U.S.C. § 1702(a)(1)(B).

Reflecting the lengthy history of sanctions issues associated with the Russian conflict with Ukraine, on March 6, 2014, the President issued Executive Order (E.O.) 13360, declaring a national emergency with respect to the actions of individuals who profited from the policies of the Russian government as to misappropriation of Ukraine’s assets, including the annexation of the Crimea region. The Russia/Crimea sanctions further prohibit “the making of any contribution or provision of funds, goods, or services by, to, or for the benefit of” any person on the SDN List.

OFAC first designated Kerimov on April 6, 2018 as being an official of the Russian government who benefited from the Russian President’s activities. OFAC’s placement of Kerimov on the SDN list prohibited U.S. persons from engaging in any transfer of products or payments to, or financing of any property interest of, Kerimov or any entity that is directly or indirectly 50% or more owned by Kerimov. Specifically, the federal anti-money laundering statutes prohibit monetary transfers through the U.S. that promote the carrying on of “specified unlawful activity.” 18 U.S.C. § 1956(a)(2)(A). Because nearly all U.S. dollar wire transactions are processed through correspondent bank accounts held in the U.S., the statute’s jurisdictional nexus is satisfied, and violations of IEEPA constitute “specified unlawful activity.” 18 U.S.C. § 1956(c)(7)(D).

DOJ Links Amadea to Kerimov and Seeks Its Forfeiture

The Amadea was sold in the Cayman Islands around August 2021, and subsequently registered in the name of Millemarin Investment Ltd. See Seizure Warrant, In re: the Motor Yacht Amadea, with International Maritime Organization No. 1012531, Case No. 22-sz-9 (D.D.C. Apr. 13, 2022). A Cayman Islands-based law firm paid a fee for “Registration of Transfer or Transmission.” The Amadea has an annual operating cost of between $25 and $30 million.

Amaeda turned off its automated information system – used by governmental authorities to identify vessels – on February 24, 2022, immediately after Russia invaded Ukraine. Following the March 2022 imposition of sanctions by the Treasury Department, the Amadea sailed from the Caribbean through the Panama Canal to Mexico and on to Fiji with an alleged intent to sail to Vladivostok, Russia.

Fijian authorities alerted the United States that the Amadea arrived on April 12. At the request of the United States, Fijian authorities searched the Amadea on April 13, and found numerous documents detailing transactions engaged in on behalf of the Amadea. The U.S. government contends that Kerimov and those acting on his behalf engaged in U.S. dollar transactions for the operation and maintenance of the Amadea. Because Kerimov and those acting on his behalf did not obtain a license for U.S. dollar transactions, those transactions would be in violation of E.O. 13661, 31 C.F.R. § 589.201, and IEEPA (50 U.S.C. § 1705).

As the violations of IEEPA constitute “specified unlawful activity,” the U.S. government contends Kerimov violated 18 U.S.C. § 1956(a)(2)(A) and, further, that establishing probable cause for that criminal statute constitutes probable cause for civil forfeiture under 18 U.S.C. § 981(a)(2)(A). This, in turn, would allow the forfeiture of “proceeds” of illegal activity that is “property of any kind obtained directly or indirectly, as the result of the commission of the offense giving rise to forfeiture, and any property traceable thereto.” And as a result of this conspiracy, the Government asserts “Kerimov was permitted the use and enjoyment of the AMADEA, and was able to maintain it in good repair, and thus, that the AMADEA is itself ‘traceable’” to Kerimov’s IEEPA violations.

On April 13, a Washington, D.C., federal magistrate judge authorized the seizure of the Amadea. See 28 U.S.C. § 1355(b)(2) (requiring forfeiture proceedings involving property located in a foreign country or detained or seized by a foreign government be brought in the United States District Court for the District of Columbia). Counsel for Kerimov appeared in Fijian courts but the Supreme Court of Fiji rejected legal challenges to the seizure on June 7. U.S. authorities quickly removed Amadea to the United States where the forfeiture action will continue in federal district court in Washington, D.C.

The Amadea forfeiture action exemplifies the potential global reach of U.S.-imposed sanctions against Russian oligarchs. It also demonstrates the U.S. government’s broad definition of “proceeds” that may be “traceable” to an IEEPA violation. With this broad definition of “proceeds,” it is difficult to see whether adding “facilitating property” to IEEPA’s forfeiture provision will further expand assets subject to forfeiture or merely make the Government’s burden of proof easier.

Lewis Brisbois’s attorneys are actively engaged in the wide range of legal issues in this area and are advising clients on managing legal and business risk as events continue to develop at an accelerated pace. For more information, contact the author of this alert. Visit our Ukraine Conflict Response Practice page for additional alerts in this area.