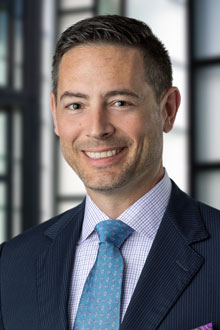 Jim Kirby is a partner in the Charleston Office of Lewis Brisbois and a member of the General Liability Practice. He is a West Virginia native and has lived in Charleston for nearly 20 years.

As a practicing attorney, Jim has represented clients in a wide range of subject areas including, insurance coverage/bad-faith, consumer credit protection, medical malpractice, general liability, and administrative protests. Utilizing his experience in multiple areas of litigation, Jim has served as a mediator successfully helping dozens of parties resolve their disputes.

In addition to litigation, Jim is a licensed bond attorney serving as bond, disclosure, and issuers counsel on various municipal bond deals in excess of $100 million, including the recently completed Shawnee Sports Complex.

Jim previously served as General Counsel to the West Virginia Department of Administration under Joe Manchin III. During his time as General Counsel, he oversaw all legal aspects of the department which was responsible for 16 very diverse agencies, including Purchasing, Risk Management, Ethics, Finance, Public Employees Retirement and Insurance, and Personnel. During his tenure, Jim served as issuer's counsel for the Tobacco Settlement Finance Authority which issued $911 million in bonds, the largest deal in West Virginia's history.

Prior to his legal practice, Jim attended West Virginia University for both undergraduate and law school. After law school, He clerked for the Honorable Robert A. Irons, Circuit Judge for West Virginia's 31st Judicial Circuit.