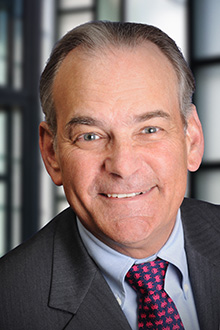 Thomas Kiddé is a partner in the Los Angeles office of Lewis Brisbois and a member of the Intellectual Property & Technology Practice. Mr. Kiddé has more than forty years of litigation experience and specializes in intellectual property litigation, prosecution and counseling. He has represented clients in the areas of trademark and trade dress infringement, unfair competition, dilution, false advertising, patent infringement relating to utility and design patents, copyright infringement, claims involving the rights of privacy and publicity as well as matters under the Uniform Trade Secrets Act.

Mr. Kiddé’s litigation experience includes both jury and bench trials in the federal and state courts. He has appeared in all of the federal district courts in the State of California as well as the Northern District of Illinois and the Districts of Colorado, District of Columbia, Maryland, Minnesota, Nevada and Ohio. He has argued before the Courts of Appeals for the Ninth and the Federal Circuits. He has also had trials before the Trademark Trial and Appeal Board of the United States Patent and Trademark Office in inter partes matters.

Mr. Kiddé is a member of the United States District Court’s Settlement Officer Panel for Trademark, Copyright and Patent matters.

United States Court of Appeals for the Tenth Circuit

Unites States Court of Appeals for the Federal Circuit

Hastings College of the Law