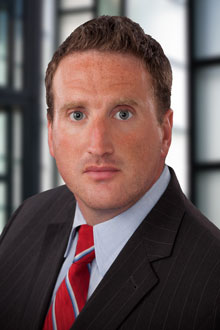 Ezra L. Finkle is a partner in the Houston office of Lewis Brisbois and a member of the General Liability and Transportation Practices.

Ezra graduated cum laude from Tulane University School of Law in 2007. While at Tulane, Ezra was heavily involved in Moot Court. He was a member of the 2006 John R. Brown Moot Court team, coached one of the 2007 ABA National Moot Court teams, was elected to serve as Administrative Justice for Interschool Competitions, was nominated to the Order of Barristers, and was a finalist in the Senior Trial Competition. While in law school, he was also a member of the Tulane Maritime Law Journal and worked part-time as a Westlaw Student Representative, BarBri Student Representative, and tutored undergraduate students. He was a member of the Berkeley Journal of Employment & Labor Law while attending U.C. Berkeley School of Law during the Fall 2005 semester.

Prior to joining Lewis, Brisbois, Bisgaard & Smith, LLP, Ezra represented clients in a wide variety of litigation matters including employment discrimination, unpaid wages, civil rights, Jones Act, LHWCA, personal injury, premises liability, insurance coverage, and medical malpractice cases. He has obtained numerous dismissals by way of summary judgment and has had unfavorable rulings overturned by review and/or appeal. He has taken and defended numerous depositions including one in which the plaintiff significantly reduced his demand after Ezra confronted him with a previous statement--the case was ultimately dismissed with zero paid through settlement. He also has trial experience. He is a graduate of both the NITA Building Trial Skills program and the Louisiana Association of Defense Counsel Trial Academy.

He has also been a frequent contributor to the Defense Research Institute publications the Whisper and also has an article published for the Voice. He also authored materials and lectured for the National Business Institute regarding admissibility of evidence. He has also published legal updates in both the fields of employment and medical malpractice law. He has also ghost written on maritime personal injury for blogs maintained by plaintiffs' firms throughout the Gulf Coast.

He has been nominated as a "Rising Star" in Super Lawyers each year since 2014. He is also an Assistant Bar Examiner for the Louisiana State Bar Exam. He has also helped pro bono clients through the New Orleans-based Pro Bono Project.