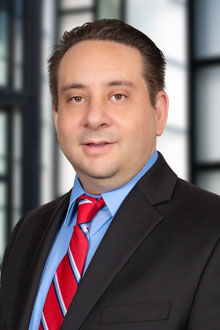 Carlos Blumberg is a partner in the Las Vegas office of Lewis Brisbois and a member of the General Liability Practice. Blumberg has represented thousands of clients on Plaintiff and Defendant sides and has successful jury trial experience. Blumberg has been appointed as an Administrative Law Judge, Judge Pro Tem, Alternate Municipal Court Judge for the City of Las Vegas, Police Fatality Hearing Master, Foreclosure Mediator, and Arbitrator.

Blumberg is a Las Vegas native, having lived in Nevada for almost fifty years. He graduated from Valley High School and received his Bachelor of Arts in Political Science from UNLV. Upon graduation, Blumberg attended and graduated from Tulane University School of Law in New Orleans, Louisiana. After graduation from Tulane Law in 1999, He served as a Legislative Aide to US Senator Harry Reid in Washington D.C. In 2001, Blumberg returned to Las Vegas, Nevada and started to practice law. Blumberg was also a candidate for Nevada Assembly.

US District Court of Nevada