The Inns By The Sea v. California Mutual Insurance Company 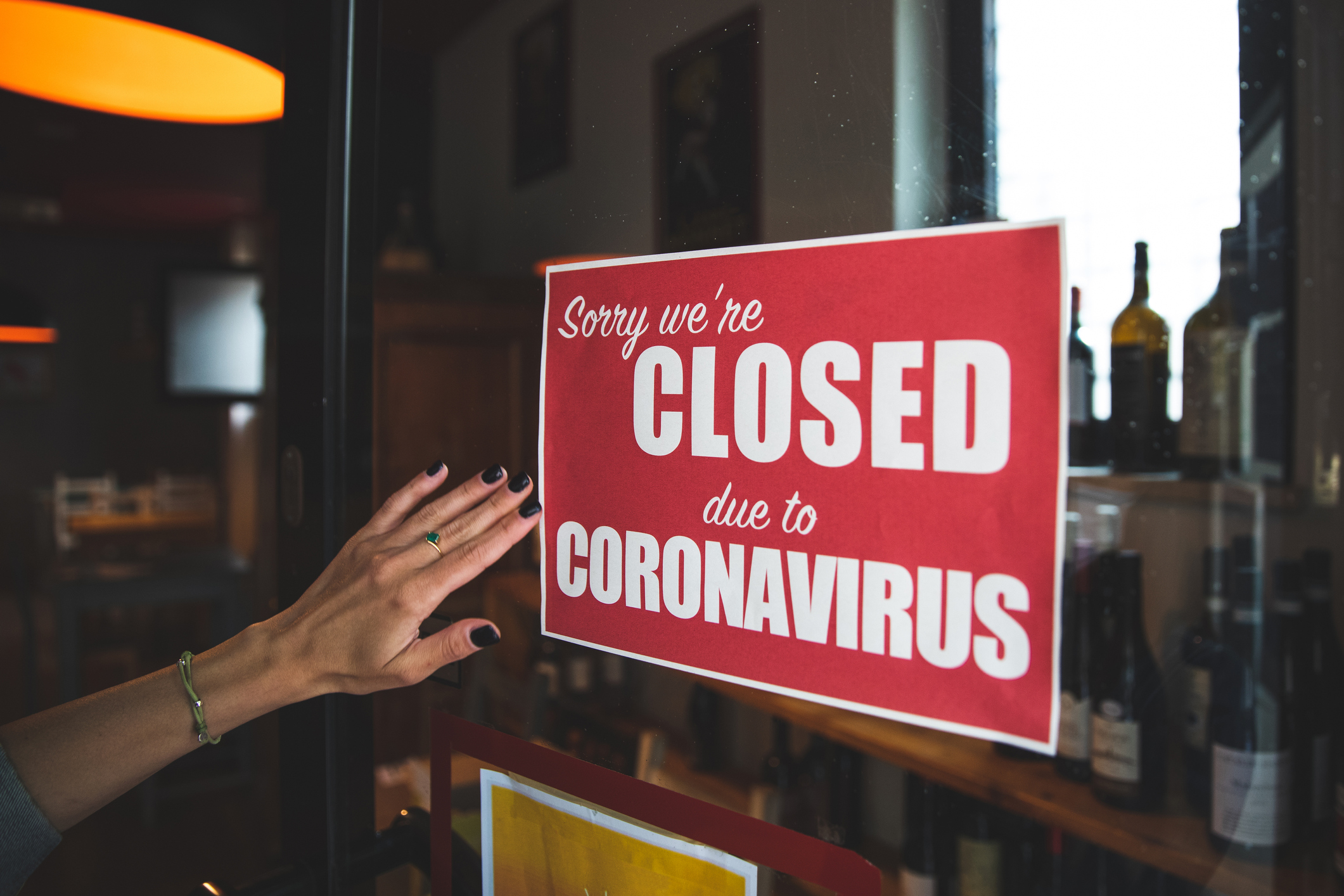 We turn first to the question of whether the suspension of Inns’ operations was caused by “direct physical. . . damage to” Inns’ property. (Italics added.) Inns argues that “the presence of COVID-19 clearly constitutes the requisite ‘damage,’ as that undefined term is reasonably understood, because its physical presence transforms property, specifically indoor air and surfaces, from a safe condition to a dangerous and potentially deadly condition unsafe and unfit for its intended purpose.” The words in the phrase “direct physical damage” all have commonly understood meanings. “Physical” is defined as “having material existence; perceptible especially through the senses and subject to the laws of nature.” (Merriam-Webster’s Online Dictionary (2021) [as of Nov. 15, 2021], archived at .) “Direct” is defined as “proceeding from one point to another in time or space without deviation or interruption,” “stemming immediately from a source,” and “characterized by close logical, causal, or consequential relationship.” (Id., [as of Nov. 15, 2021], archived at .) “Damage” is defined as “loss or harm resulting from injury to . . . property ...” (Id., [as of Nov. 15, 2021], archived at .)

Based on the case law we have cited above, it could be possible, in a hypothetical scenario, that an invisible airborne agent would cause a policyholder to suspend operations because of direct physical damage to property. However, the complaint here simply does not describe such a circumstance because it bases its allegations on the situation created by the Orders, which were not directed at a particular business establishment due to the presence of COVID-19 on that specific business’s premises. As one court explained, “It could be a different story if a business—which could have otherwise been operating—had to shut down because of the presence of the virus within the facility. For example, a restaurant might need to close for a week if someone in its kitchen tested positive for COVID-19, requiring the entire facility to be thoroughly sanitized and remain empty for a period. Perhaps the restaurant could successfully allege that the virus created physical loss or damage in the same way some chemical contaminant might have. But as the complaint and the closure orders demonstrate . . . , [the plaintiff s] facilities would have had remained shut regardless of whether the virus was present in its facilities.” (Another Planet Entertainment, LLC v. Vigilant Ins. Co. (N.D.Cal., Feb. 25, 2021, No. 20-cv-07476-VC) 2021 WL 774141, atp. *2.)

In sum, we conclude that despite Inns’ allegation that the COVID-19 virus was present on its premises, it has not identified any direct physical damage to property that caused it to suspend its operations.

As respects “direct physical loss of property," the Court of Appeal reasoned as follows:

We turn next to the question of whether, as Inns alternatively contends, the scenario pled in the complaint describes a suspension of operations caused by a “direct physical loss of’ property. (Italics added.) According to Inns, regardless of the physical presence of the COVID-19 virus, it has adequately pled direct physical loss by alleging “the loss of use, function, and value of its property.” Thus, as Inns argues, even if we conclude that the presence of the COVID-19 virus on the premises did not constitute physical damage to property within the meaning of the Policy, “a policyholder can reasonably expect that a claim constitutes physical loss where the insured property cannot function as intended.” (Italics added.) As we will explain, this argument fails because it collapses coverage for “direct physical loss” into “loss of use” coverage. Case law and the language of the Policy as a whole establish that the inability to use physical property to generate business income, standing on its own, does not amount to a “‘“suspension”’. . . caused by direct physical loss of’ property within the ordinary and popular meaning of that phrase.

Turning to the language of the Policy, the Business Income coverage applies when there is a suspension of operations caused by “direct physical loss of’ property. As numerous courts have observed, the words “direct” and “physical” preclude the argument that coverage arises in a situation where the loss incurred by the policyholder stems solely from an inability to use the physical premises to generate income, without any other physical impact to the property. (See, e.g., Isaac’s Deli, Inc. v. State Auto Property and Casualty Ins. Co. (E.D.Pa., May 14, 2021, No. 5:20-cv-06165-JMG) F.Supp.Sd , [2021 WL 1945713, at p. *4] [focusing on the fact that the terms “ ‘direct’ and ‘physical’ ” modify the word “ ‘loss,’ ” “a natural reading suggests that the Policy contemplates an explicit nexus between the purported loss and the physical conditions of the covered premises”]; Image Dental, LLC v. Citizens Ins. Co. of America (N.D.I11., June 11, 2021, No. 20-cv-02759) F.Supp.Sd, [2021 WL 2399988, at pp. *4-*5] [in light of the terms “direct” and “physical”, “[something physical must cause the loss — that is, the reason for the deprivation must be physical in nature. It is not enough if the deprivation involves something physical.”].) As the federal Eighth Circuit Court of Appeals persuasively explained, because the policy language requires “direct ‘physical loss’” to trigger coverage, “there must be some physicality to the loss ... of property—e.g., a physical alteration, physical contamination, or physical destruction. ... The policy cannot reasonably be interpreted to cover mere loss of use when the insured's property has suffered no physical loss or damage.” (Oral Surgeons, supra, 2 F.4th at p. 1144, italics added, citations omitted.) “The cases consistently conclude that there needs to be some physical tangible injury ... to support ‘loss of property’ or a physical alteration or active presence of a contaminant to support ‘damage to’ property.” (Water Sports Kauai, Inc. v. Fireman’s Fund Ins. Co. (N.D.Cal. 2020) 499 F.Supp.Sd 670, 677.)

The Policy’s reference to the “period of restoration” further supports our conclusion that mere loss of use, without any other physical impact to Inns’ property, is not sufficient to trigger the Business Income coverage. The Policy states, “We will pay for the actual loss of Business Income you sustain due to the necessary ‘suspension’ of your ‘operations’ during the ‘period of restoration’. The ‘suspension’ must be caused by direct physical loss of or damage to property at [Inns’] premises . . . (Italics added.) Significantly, the “period of restoration” is defined as ending on the earlier of “(1) The date when the property at the described premises should be repaired, rebuilt or replaced with reasonable speed and similar quality; or (2) The date when business is resumed at a new permanent location.” The Policy’s focus on repairing, rebuilding or replacing property (or moving entirely to a new location) is significant because it implied that the “loss” or “damage” that gives rise to Business Income coverage has a physical nature that can be physically fixed, or if incapable of being physically fixed because it is so heavily destroyed, requires a complete move to a new location. Put simply, “[that the policy provides coverage until property ‘should be repaired, rebuilt or replaced’ or until business resumes elsewhere assumes physical alteration of the property, not mere loss of use.” (Oral Surgeons, supra, 2 F.4th at p. 1144, italics added.)

The Court of Appeal also rejected the Inns’ argument that the absence of a virus exclusion in the California Mutual policy rendered the policy ambiguous. The Court of Appeal noted that the insuring agreements for the policy, both property loss and business income unambiguously required direct physical loss of or damage sustained by property.

Because Inns identifies the Orders as the “action of civil authority” triggering the Policy’s Civil Authority coverage, we look to the Orders to evaluate Inns’ contention that the coverage applies here. For the purpose of our analysis we need not, and do not, resolve the disputed issue of whether the Orders “prohibit[ ] access to” Inns’ premises. Instead, as we will explain, we conclude that the Civil Authority coverage does not apply because the plain language of the Orders shows that they were not based on “direct physical loss of or damage to property” to other premises.

The Orders are very clear about the reason they were issued. In both of the Orders, the first paragraph states, “The intent of this Order is to ensure that the maximum number of people self-isolate in their places of residence to the maximum extent feasible, while enabling essential services to continue, to slow the spread of COVID-19 to the maximum extent possible.”

Elaborating on this preliminary explanation, the order issued by Monterey County states:

“This Order is issued based on evidence of the occurrence of COVID-19 within the County and [surrounding areas], scientific evidence and best practices regarding the most effective approaches to slow the transmission of communicable diseases generally and COVID-19 specifically, and evidence that the age, condition, and health of a significant portion of the population of the County places it at risk for serious health complications, including death, from COVID-19. Due to the occurrence of the COVID-19 virus in the County, the potential for it to spread rapidly through the community, and the World Health Organization declaring CO VID-19 to be a pandemic world-wide, there is a public health emergency throughout the County.

Making the problem worse, some individuals who contract the COVID-19 virus have no symptoms or have mild symptoms, which means they may not be aware they carry the virus. Because even people without symptoms can transmit the disease, and because evidence shows the disease is easily spread, gatherings can result in preventable transmission of the virus. The scientific evidence shows that at this stage of the emergency, it is essential to slow virus transmission as much as possible to protect the most vulnerable and to prevent the health care system from being overwhelmed. One proven way to slow the transmission is to limit interactions among people to the greatest extent practicable. By reducing the spread of the COVID-19 virus, this Order helps preserve critical and limited healthcare capacity in the County.”

The order issued by San Mateo County contains almost identical wording. Through these statements, the Orders make clear that they were issued in an attempt to prevent the spread of the COVID-19 virus. The Orders give no indication that they were issued “due to direct physical loss of or damage to” any property. Therefore, the Orders did not give rise to Civil Authority coverage.