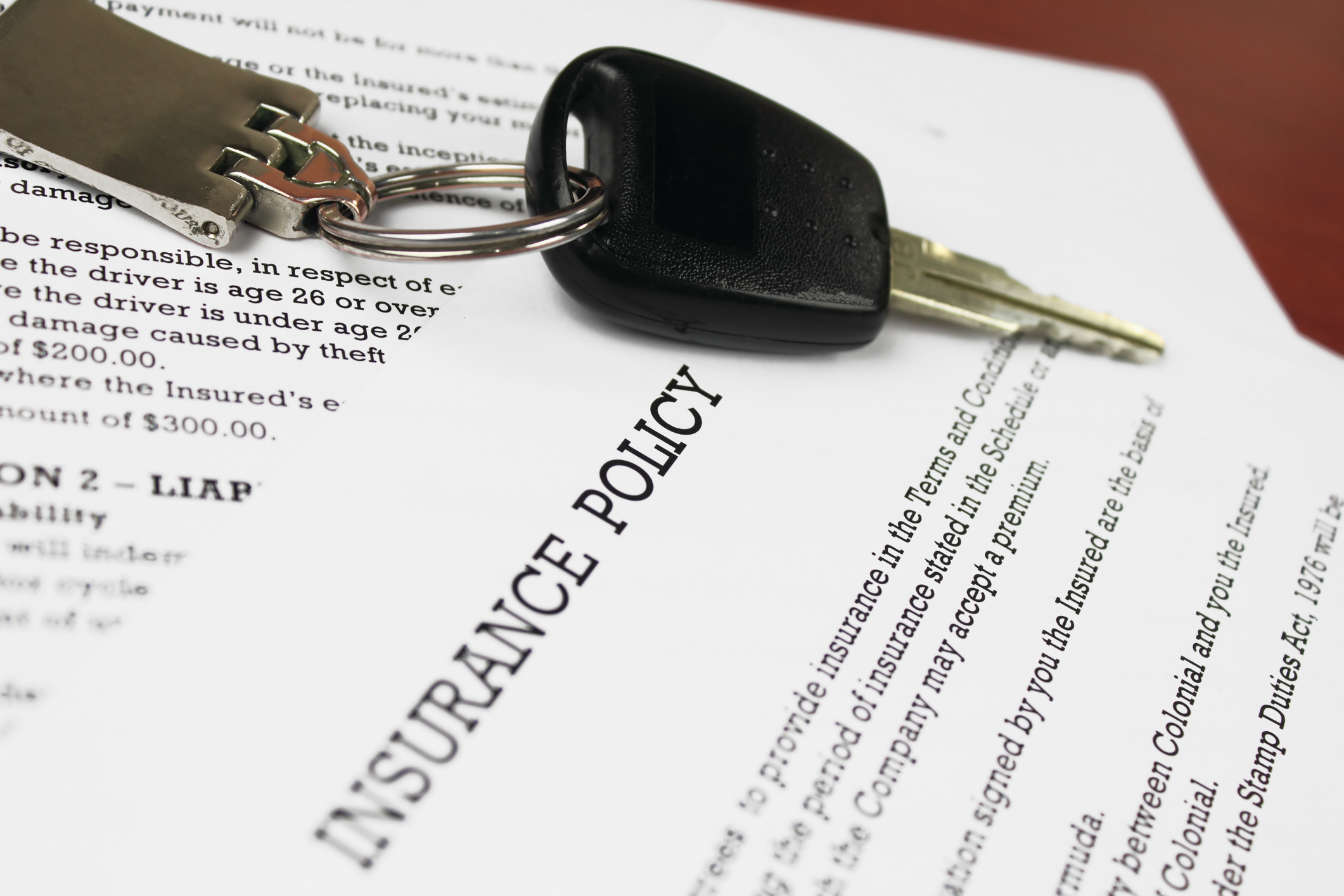 (October 2022) - There are two theories of coverage for uninsured/underinsured motorist (UM/UIM) coverage in the U.S.: (1) gap theory and (2) excess theory or floating layer theory. In jurisdictions that have adopted the gap theory, underinsured motorist coverage will compensate an insured up to the amount of UM/UIM protection purchased. In jurisdictions that have adopted the excess theory or floating layer theory, UM/UIM coverage will fully compensate an insured injured driver for the cost of the driver's damages, even where those damages amount to more than what the driver purchased in UM/UIM coverage. New Mexico is a gap theory jurisdiction with a recent twist.

The New Mexico Supreme Court continued to allow the sale of these so-called “illusory” minimum limits UM/UIM policies, but only with adequate disclosure of UIM coverage limitations through a prescribed UIM policy exclusion. The unambiguous exclusion must be written for a reasonably intelligent layperson rather than a lawyer, must fully inform the layperson of the benefits and limitations of the UIM coverage, and must disclose that “by choosing to purchase only the statutory minimum amount of UM/UIM insurance, he or she will never receive the benefit of underinsured motorist coverage.” Crutcher at ¶¶ 29-30. Auto insurers have responded by mailing out Crutcher policy exclusions to their New Mexico insureds starting in late 2021 with the required language.

But the Crutcher state supreme court case was actually a certified question from the United States District Court for the District of New Mexico, in which a number of class action lawsuits have been filed, including its namesake (Case No. 1:18-cv-00412-JCH-KBM). See Rule 12-607(A) NMRA. The class of plaintiffs sought to be certified generally includes all persons who were charged a premium for uninsured motorist coverage that effectively provided no coverage due to the statutory offset rule applied in Schmick. Federal decisions in the aftermath of Crutcher offer insight into how the New Mexico courts will implement Crutcher in pending and future litigation.

The allegations in the class action suits affected by Crutcher were broader than the narrow issue presented to the New Mexico Supreme Court and included claims under both New Mexico’s consumer protection statutes and common law, e.g. the Unfair Trade Practices Act (UPA), the Unfair Insurance Practices Act (UIPA), negligence, negligent misrepresentation, breach of contract, and breach of the covenant of good faith and fair dealing.

In two related federal district court cases against State Farm Mutual Auto Insurance Company, defense counsel attempted to dismiss the plaintiff’s claims following Crutcher, arguing that its holdings were to be applied prospectively rather than retroactively. Schwartz v. State Farm Mut. Auto. Ins. Co. (Case No. 1:18-cv-00328-KWR-SCY); Palmer v. State Farm Mut. Auto. Ins. Co. (Case No. 1:19-cv-00301-KWR-SCY). Because the Supreme Court allowed auto insurers to continue selling the same UIM coverage when accompanied by a policy exclusion, State Farm argued that Crutcher applied prospectively and granted State Farm immunity from prior misrepresentation claims regarding minimum limits UIM coverage arising before the court’s decision. (“Therefore, hereafter, the insurer shall bear the burden of disclosure to the policyholder that a purchase of the statutory minimum of UM/UIM insurance may come with the counterintuitive exclusion of UIM insurance if the insured is in an accident with a tortfeasor who carries minimum liability insurance.” Crutcher at ¶ 32, 441, emphasis added.)

First, the federal district court found that the New Mexico Supreme Court meant that “hereafter” it would not prohibit the issuance of UIM coverage if an auto policy contained the required exclusion, i.e. “hereafter” minimum limit UIM coverage could be sold only with proper disclosure. Palmer at ¶¶ 24-26; Schwartz at ¶¶ 18-19. Also, the Crutcher court both identified prior policies as illusory (in the sense that they misled the insured) and specifically held that the UIM statute did not provide insurers immunity from misrepresentation claims as the Legislature did not intend to sanction deception by authorizing the sale of UIM coverage. Crutcher at ¶ 26, 439; Palmer at ¶ 27; Schwartz at ¶ 20. Therefore, there was no express declaration of Crutcher’s prospective application.

1) the decision to be applied prospectively must establish a new principle of law, either by overruling clear past precedent on which defendants relied, or by deciding an issue of first impression whose resolution was not clearly foreshadowed;

2) the court must weigh the merits and demerits in each case by looking to the prior history of the rule in question, its purpose and effect, and whether retrospective operation will further or retard its operation; and

3) the court must consider whether retroactive application will produce substantial inequitable results, injustice, or hardship.

Palmer at ¶¶ 32-35; Schwartz at ¶¶ 24-27. The federal court found that insurers had notice of prior precedent involving the same issue of completely offset minimum limits UM/UIM coverage (Progressive Nw. Ins. Co. v. Weed Warrior Servs., 2010-NMSC-050, ¶ 10, 149 N.M. 157, 160-61, 245 P.3d 1209, 1212-13), that Crutcher was clear in its stated purpose and intended effect on illusory, minimum limits UIM coverage and misrepresentation claims regarding the coverage, and that there was no substantial inequity for financial burdens to be borne by insurers rather than the general public. The New Mexico Court’s allowance of the continued sale of minimum limits UIM coverage did not implicate prior misrepresentation claims which had already accrued.

The federal court also declined to dismiss the class of plaintiffs’ negligence and negligent misrepresentation claims where it found, vis-à-vis Crutcher, that State Farm had a duty to inform and not mislead insureds as to the value of their UM/UIM coverage and that Plaintiffs could detrimentally rely upon a Pre-Crutcher auto policy’s implication that the insured had purchased UIM coverage. Palmer at ¶¶ 37-45, 63-65. Similarly, both the Unfair Practices Act and the Unfair Insurance Practices Act imposed statutory duties to disclose material facts reasonably necessary to explain to a reasonable insured that minimum UIM coverage would be offset and nonexistent under certain circumstances. Palmer at ¶¶ 46-55; Schwartz at ¶¶ 29-31. Further, the court found plausible allegations that State Farm breached the covenant of good faith and fair dealing by failing to properly inform their insureds of the illusory nature of the coverage. Palmer at ¶¶ 58-62; Schwartz at ¶¶ 32-36.

Meanwhile, in reaction to the Crutcher court’s conclusion that minimum limits UIM coverage may be illusory but may still be sold in tandem with a prescribed policy exclusion, local politicians and journalists have called for the state legislature to change New Mexico from a gap-theory state to an excess-theory state by modifying the UM/UIM statute, NMSA 1978, Section 66-5-301, which has been undisturbed since 1983. (See e.g., Albuquerque Journal Editorial Board. “Lawmakers need to fix insurance hole you can drive through,” Albuquerque Journal: November 4, 2021.) But, until a bill is passed, signed, and chaptered by the legislature, gap-theory UM/UIM coverage conveyed in conjunction with a Crutcher exclusion remains lawful in New Mexico.