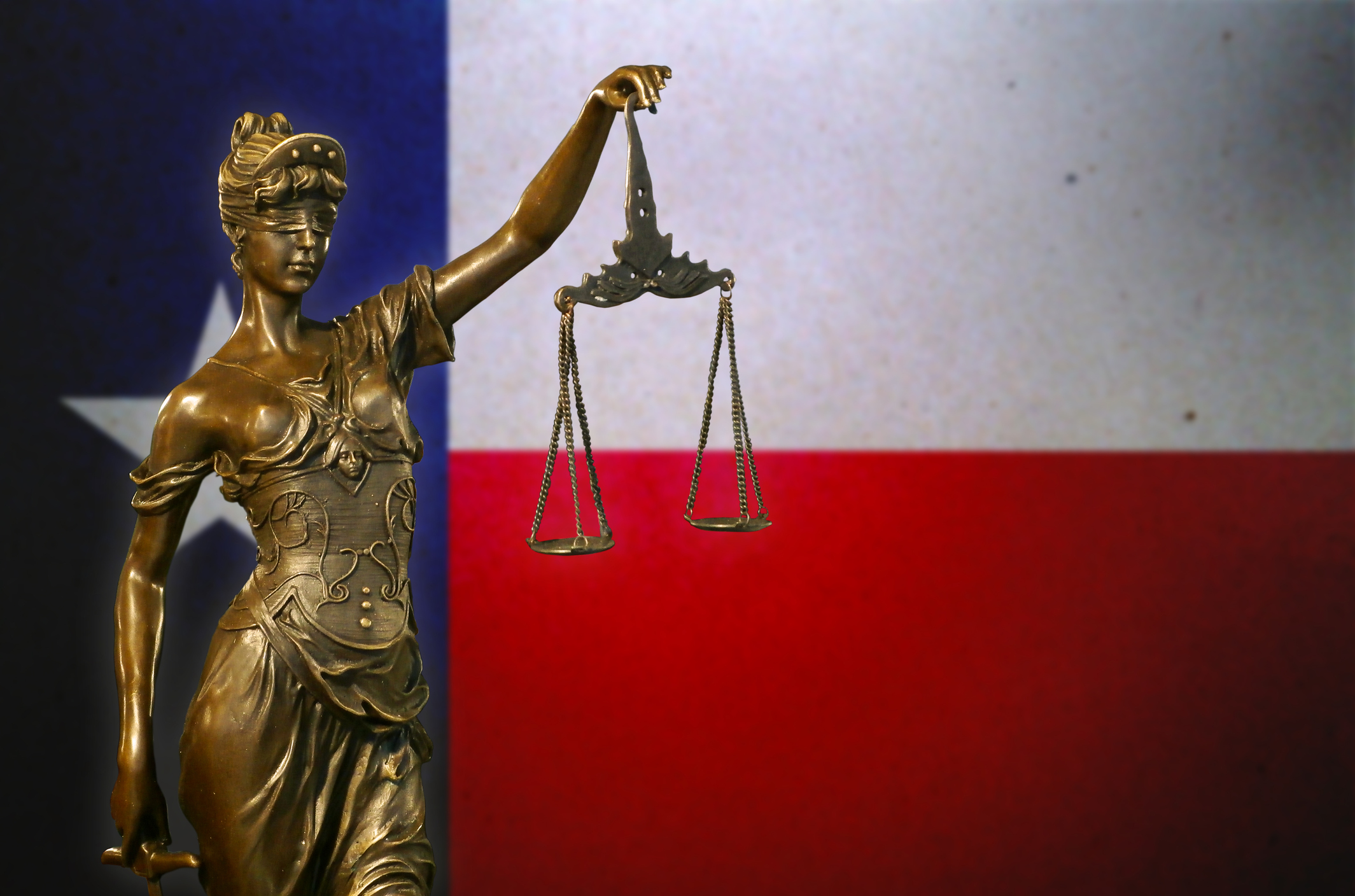 Dallas Appellate Court Holds Exception to Exclusion Applied to All Losses, Including Derivative Claims, in Connection With Wrongful Termination Claim

(February 2020) - In Prophet Equity LP v. Twin City Fire Ins. Co., the Fifth District Court of Appeals in Dallas, Texas held that the insureds were entitled to payment from the second-level excess carrier for the wrongful termination of the investment firm’s partner by the firm’s majority partner. In 2008, Russ Gatlin and George Stelling formed Dallas private equity firm, Prophet Equity (Prophet), along with other related entities (The Prophet Entities). In 2011, Gatlin removed Stelling as the firm’s Chief Operating Officer and as President of Prophet Portfolio Company. In response, Stelling sent Gatlin a demand letter alleging wrongful termination and defamation.

After mediation failed, the dispute was submitted to arbitration where Stelling added derivative claims against Gatlin on behalf of The Prophet Entities. The arbitrators granted relief of $7.7 million, which Gatlin and Prophet paid. In turn, they sought recovery under three employment practices liability polices - the primary, excess, and second-level excess. The primary and first-level excess paid the claim. The second-level excess, Twin City Fire Insurance Company (Twin City), denied coverage based in part on the subject policy’s insured versus insured exclusion. Gatlin and Prophet Management sued Twin City for breach of contract and bad faith.

The trial court granted summary judgment in favor of Twin City based on the subject policy’s insured versus insured exclusion, which barred coverage for any claim “by or on behalf of any Insured in any capacity….” However, the exclusion contained eleven exceptions, and on appeal, Gatlin and Prophet argued that the exclusion’s carve-out for claims “brought by one or more of the Insured Persons for Wrongful Employment Practices” applied. Twin City argued that the exclusion applied because Stelling’s derivative claims were asserted on behalf of The Prophet Entities, not an Insured Person capable of invoking the exception. The Appellate Court described the parties’ interpretation of the provision at issue as “two ships passing in the night.”

Reversing the trial court, the Dallas Court of Appeals rejected Twin City’s argument that the insured versus insured exclusion precluded coverage, holding instead that the policyholders had satisfied the burden of establishing that an exception for a claim for “wrongful employment practices” applied. Thus, Twin Cities owed the balance of the judgment and attorneys’ fees awarded in the arbitration. The Court’s analysis is encapsulated in a flowchart included in its thirty-six page opinion: 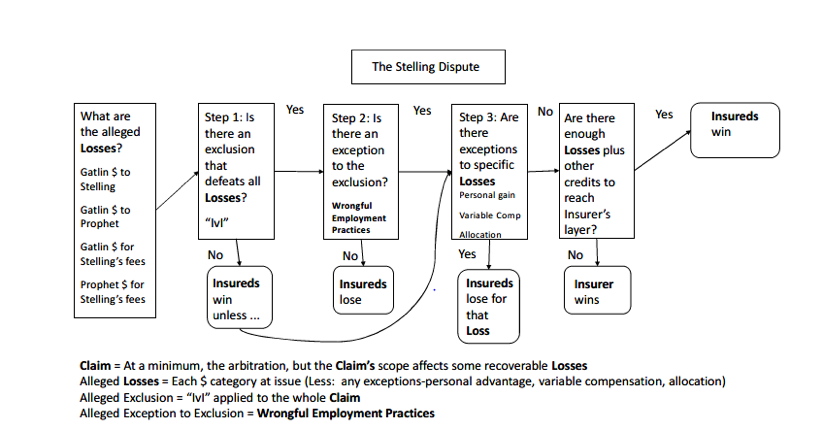 The case’s complexity is obvious both in the flow chart and in the amount of time it took the Court to rule – nearly ten months. In reaching its conclusion, the Court analyzed the scope and interplay between the policy’s definition of a “Claim” and the “Interrelated Wrongful Acts” provision, and found Stelling’s wrongful termination claim and subsequent derivative claim to constitute one claim under the policy. Thus, the exception to the insured versus insured provision applied to even the derivative claims.

The Court went on to evaluate whether specific Losses were barred by the policy, including the award of attorneys’ fees, and addressed two other coverage arguments advanced by Twin City – the dishonest acts and personal profit exclusions. Like the arguments on the insured versus insured provision, the Court sided with Prophet and Gatlin to the tune of $4.1 million.

This case serves as an important reminder that in the event policy language is susceptible to more than one interpretation, “exceptions or limitations on liability are strictly construed against the insurer and in favor of the insured.” Nat’l Union Fire Ins. Co. of Pittsburgh Pa. v. Hudson Energy Co., 811 S.W.2d 552, 555 (Tex. 1991). If the contract can be given an exact or certain legal interpretation, it is not ambiguous, and a court must interpret the insurance policy's meaning and intent from its four corners. Interestingly, the Court sided with the insured’s “reasonable way to read [the] policy” without ever expressly holding that the policy language at issue was ambiguous.

Insurance brokers, agents, and insurers should be acutely aware of the specific language used in exclusionary provisions and their exceptions, as well as the interplay between those provisions and the insuring agreement. As this case shows, such awareness is especially important in the case of interrelated acts provisions that could alter coverage for various claims arising out of a common set of facts.