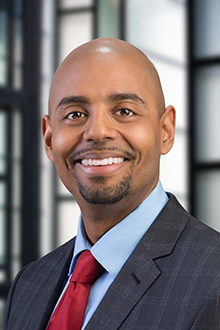 Brandon Wright is a partner in the Reno office of Lewis Brisbois and a member of the General Liability Practice. He is a transplant from the Midwest. Mr. Wright earned his undergraduate degree from Gustavus Adolphus College in 2003. In 2007, Mr. Wright graduated from Hamline University School of Law and began working as a Judicial Law Clerk for Chief Judge Paul A. Nelson. Mr. Wright relocated to Las Vegas and began working as a plaintiff’s attorney in 2011.

In his free time Mr. Wright enjoys spending time with his family, going on hikes, and watching movies.