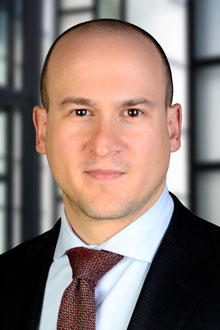 Elior Shiloh is a partner in the New York and New Jersey offices of Lewis Brisbois. His practice is focused on Employment, Complex Business & Commercial Litigation, and Crisis Management. In working with clients, he and his team take a personal and attentive approach to problem solving.

Elior has represented public and private companies, directors and officers, not-for-profit organizations, family businesses, athletes, entertainers, and individuals across the United States. His practice has a particular emphasis in single-party and class employment disputes as well as non-compete, trade secret and breach of contract lawsuits. Elior is also no stranger to the courtroom as he frequently handles appearances, argues motions, and first chairs trials. He further serves as a crisis manager when clients are faced with formidable challenges involving complex, high risk situations. In doing so, he works to assist clients to emerge from crises efficiently with minimum financial, reputational, and political harm. In connection with his practice, he also performs internal and external investigations of the most sensitive and confidential nature.

Elior frequently lectures to public and private companies, insurance companies, risk manager associations, and employees on topics such as employment trends and best practices in business.

Elior is Chair of the Franchise & Distribution Practice and Vice-Chair of the Labor & Employment Practice. He was a recipient of the Rising Stars® distinction for the 2012-2017 editions of Super Lawyers.

After graduating from the Benjamin N. Cardozo School of Law, Elior served as law clerk to Hon. Ned M. Rosenberg of the New Jersey Superior Court, Civil and Criminal Division.

United States Bankruptcy Court for the District of New Jersey