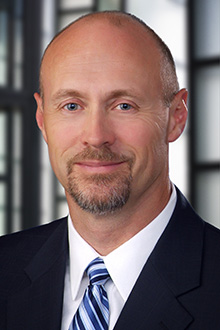 Greg Johnson is a partner in the Sacramento office of Lewis Brisbois and a member of the Complex Business & Commercial Litigation Practice. Mr. Johnson is a lead trial attorney with more than 30 years of experience handling complex commercial litigation cases in state and federal courts, as well as state and federal appellate courts. Mr. Johnson has been lead trial counsel in dozens of jury trials, bench trials and binding arbitrations.

The main focus of his practice is financial services litigation, and throughout his career Mr. Johnson has represented numerous national and regional financial institutions in complex commercial disputes, lender-liability disputes, consumer class actions, and judicial foreclosure actions on commercial projects. As a result of this experience, Mr. Johnson has also represented other companies that support financial institutions, such as in the areas of credit reporting and collection, vehicle repossession and sale issues and protection of privacy and personal identification information.

Prior to joining Lewis Brisbois, Mr. Johnson served as a judicial law clerk to the Honorable Robert L. Vining of the Northern District of Georgia. He also was a partner at another major national law firm.

Examples of matters recently handled by Mr. Johnson in the financial services area are as follows:

Examples of matters recently handled by Mr. Johnson involving the statutory and common law business claims experience, referenced above, are as follows: