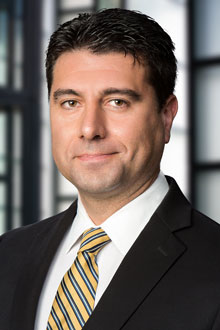 Tim Yianne is a partner in the Charleston office of Lewis Brisbois and a member of the General Liability Practice. Tim was born and raised in Charleston, West Virginia. He lives in the Historic District of the East End with his wife and daughter.

After receiving his bachelor’s degree, Tim continued his education at West Virginia University by enrolling in the College of Law, seeking to pursue a career protecting the legal interests of individuals, businesses, state agencies, and municipalities in West Virginia.

As a practicing attorney, Tim has tried multiple catastrophic injury cases in some of the most feared venues in West Virginia. Tim also has defended several complex, mass tort actions before the Mass Litigation Panel in West Virginia. In addition, he has defended claims involving professional and medical malpractice liability.

Tim has also been selected by ALM and Martindale Hubbell as an Elite Lawyer of the South.

Tim served as President of the Board of Directors for the Ronald McDonald House of Southern West Virginia.