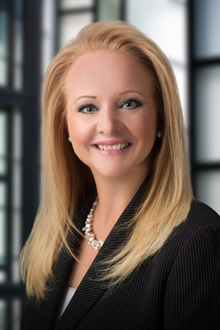 Joelle Nelson is a partner in the Houston office of Lewis Brisbois and Vice-Chair of the National General Liability Practice. She has successfully handled a wide variety of claims related to transportation, which includes bus, trucking, TNC, and dram shop related accidents; catastrophic injury; construction and construction defect claims; products liability defenses ranging from horizontal auger boring machines to common household products; premises liability claims on behalf of small businesses to large national retailers; hospitality litigation regarding both premises and food safety matters; oil and gas; as well as environmental and environmental clean-up litigation, which includes all phases. Ms. Nelson empowers her clients with a steadfast commitment to each and every case, offers straightforward strategies that provides guidance through the legal process, and engages in diligent preparation, while recognizing and taking advantage of any and all opportunities that arise.

U.S. District Court for the Northern District of Texas

U.S. District Court for the Eastern District of Texas

In 2011, 2012, and 2013 Ms. Nelson was named a Texas Super Lawyer “Rising Star,” which recognizes the top up-and-coming attorneys in the state. Compiled through peer nomination and research, only two percent of attorneys in Texas, under 40 years-old, receive this distinction.

Ms. Nelson is also a participant and Co-Chair of the Chevron Houston Marathon “Hero” Program benefiting The Parish School, which is a non-profit school specializing in intervention for children with neurological differences.

Ms. Nelson is married to Christopher Nelson and they have a daughter, Jocelyn Grace. Together, Joelle and her family support local Houston schools specializing in children with neurological differences.