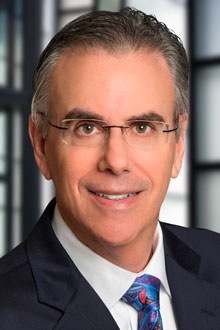 Rich Lauter is a partner in the Chicago office of Lewis Brisbois and a member of the Bankruptcy & Insolvency Practice. Mr. Lauter has almost 40 years of experience in corporate restructuring and insolvency. Mr. Lauter's wide range of legal experience includes reorganizing financially distressed companies in and outside of chapter 11 of the Bankruptcy Code, representing and advising creditors' committees, financial institutions, real estate development firms, bankruptcy trustees, assignees, and receivers in all aspects of creditors' rights and insolvency matters. He has also served as a liquidating trustee, special counsel to the City of Chicago in multiple airline and airport related cases, counseled chapter 7, chapter 11, and liquidating trustees in numerous cases, and acted as chairperson for and represented numerous chapter 11 creditors' committees. Mr. Lauter is considered to be one of the leading lawyers for chapter 11 creditors' committees in the United States and is currently a member of the Board of Directors of the American Bankruptcy Institute.

Mr. Lauter was appointed as a Visiting Professor at Tsukuba University in Tokyo, Japan teaching a course on comparative restructuring in Tsukuba's MBA Program for International Business.