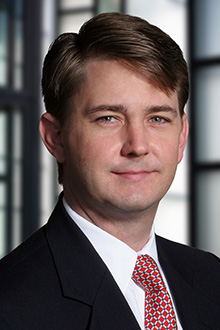 Christopher Derrenbacher is the managing partner in the Raleigh office of Lewis Brisbois and a member of the General Liability Practice. His clients include insurance companies and insured and self-insured individuals and corporations throughout the State. Mr. Derrenbacher is admitted to practice before all federal and state courts in North Carolina. He has successfully argued before the North Carolina Court of Appeals and the North Carolina Supreme Court on numerous occasions. Mr. Derrenbacher is certified by the North Carolina Department of Insurance as a lecturer on numerous topics including insurance claim handling, general liability issues, and workers' compensation litigation. He is also an occasional guest lecturer to nurses and other medical staff regarding medical malpractice litigation.

Mr. Derrenbacher has handled insurance disputes in North Carolina for the last twenty years for multiple carriers.  These disputes include extra contractual claims for alleged bad faith arising from violation of the Fair Claims Handling Act of NC.   He has defended such claims in State and Federal Courts and is familiar with the Judges in each jurisdiction.  Insurance coverage and extra contractual claims make up approximately 30% of his caseload. He currently handles such claims for FCCI, IDS, UPC, and Federated.

Mr. Derrenbacher’s extensive practice includes helping clients and insurers investigate first party and third party claims pre-suit, including examinations under oath, accident reconstruction, expert reviews, property inspections, and fire investigations. When possible he encourages clients to consider pre-suit mediation as a means of early resolution. When early resolution is not possible, or not desirable, he has defended self-insureds, insureds and insurers across North Carolina in both the State and Federal Courts. Mr. Derrenbacher has defended clients for claims of negligence, breach of contract, malpractice, and unfair and deceptive trade practices.

Western, Middle and Eastern District of US District Courts of North Carolina

Bachelor of Arts in History and Political Science