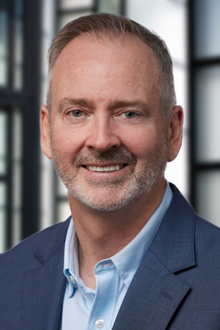 Mr. Pitcher served as president of the Oregon Association of Defense counsel in 2019, and spent six years on the board of directors for the OADC prior to becoming president.

Mr. Pitcher has tried cases in Oregon and Washington state courts and argued cases before the Oregon Supreme Court and Oregon Court of Appeals. Cases tried to verdict include legal malpractice, medical malpractice, asbestos, professional liability, employment discrimination, breach of warranty, lemon law, commercial disputes, and breach of contract cases.  Mr. Pitcher’s cases at the Oregon Supreme Court have resulted in published opinions on issues of first impression in Oregon tort law, including the standard for bringing a claim for punitive damages and the viability of “loss of chance” medical malpractice claims in Oregon.

Mr. Pitcher has been involved in some of the most significant tort cases in the Northwest over the last 15 years. Examples include representing an insurance agent in the Masood insurance fraud case in 2011 that resulted in the trial court entering a $10 million judgment against the plaintiff following a nine week trial in Clackamas County; the Emrick asbestos case that resulted in a defense verdict following a 14 week trial in Multnomah County; the Barabin case where the 9th Circuit Court of Appeals in 2014 vacated a multi-million dollar judgment based on the trial court’s failure to hold a pre-trial Daubert hearing; the Bolt v. Influence case 333 Or. 572, 43 P.3d 425 (2002) where the Oregon Supreme Court announced the legal standard for presenting sufficient evidence to plead a claim for punitive damages; the Smith v. Providence case where the Oregon Supreme Court addressed “loss of chance” medical malpractice claims for the first time; and the Mason v. General Electric case 226 Or. App. 392, 203 P.3d 329 (2009) which resulted in an opinion from the Oregon Court of Appeals that has essentially ended premises liability asbestos litigation in Oregon.