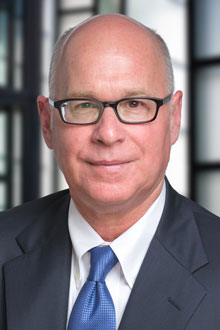 Eric Neiman is the managing partner in the Portland office of Lewis Brisbois and a member of the Healthcare and Complex Business & Commercial Litigation Practices. He is chair of Lewis Brisbois' Healthcare Regulatory Practice and Behavioral Health Practice. He also is a member of the firm’s Crisis Management Practice and regularly is called on to assist healthcare and other business clients in managing responses to critical events.

Mr. Neiman has been lead counsel in more than 90 jury trials and has been on the trial team in over 100 cases tried to verdict. His trial experience includes health care issues, business disputes, professional liability, employment, product liability, and technology issues. Mr. Neiman also has extensive experience in commercial arbitrations, regulatory and licensing matters, and investigations. Most recently, his practice has focused on healthcare litigation and health law including behavioral health, medical staff, provider issues, managed care, UCR, compliance and risk management.

Mr. Neiman was lead counsel for two health systems in the 2014 case of In the Matter of Detention of DW, both in the trial court and on appeal. In a landmark decision, the Washington Supreme Court ruled that civilly committed patients have a right to meaningful psychiatric treatment as a condition of their detention.

Mr. Neiman is interested in the science, policy and law of vaccines. He is a member of the bar of the United States Court of Federal Claims, and represents individuals injured by vaccines in the federal Vaccine Injury Compensation Program.

Mr. Neiman has served actively as a pro-tem circuit court judge since 1991.

United States District Court for the District of Idaho

United States District Court for the District of Oregon

United States District Court for the Eastern District of Washington

United States District Court for the Western District of Washington

University of Oregon School of Law