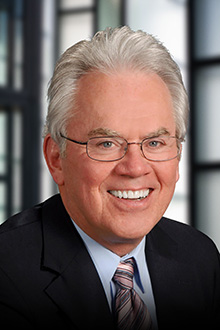 John Cardinal Parks is a partner in the Denver and Washington, D.C. offices of Lewis Brisbois and a member of the Antitrust & Competition Practice. Mr. Parks has over 40 years of experience in representing clients in complex commercial litigation matters and in creating legal solutions to complex business problems, including counseling clients on antitrust and unfair competition issues and representing them in antitrust litigation matters.

In addition to having diverse experience in a wide range of substantive areas of the law, including antitrust law, bankruptcy law, and securities law, Mr. Parks has represented clients in a variety of different industries, including airlines, railroads, electric utilities, manufacturers and distributors, transport and logistics, contractors, telecommunications, and healthcare.

United States Courts of Appeals for the Fifth, Sixth, and Tenth Circuits

University of Cincinnati College of Law