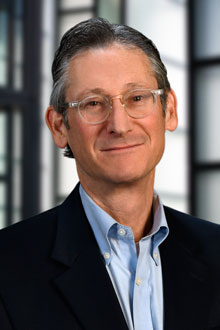 Jonathan Pink is a partner in the Los Angeles office of Lewis Brisbois, a member of the Intellectual Property & Technology Practice, and Co-Chair of the firm's Entertainment, Media & Sports Practice. Mr. Pink is a nationally recognized copyright, trademark and business litigator who represents high profile clients in the entertainment, music, media, advertising, sports and merchandising industries. He was the 2015 recipient of the IP Vanguard Award, the highest distinction awarded by the Intellectual Property Section of the California State Bar.

Mr. Pink has litigated scores of copyright and trademark infringement cases as well as numerous matters involving rights of privacy and publicity, trade secrets, patents, breach of contract, unfair competition, fraud and other business torts. He is routinely called upon in high-profile cases, and has represented both plaintiffs and defendants in well over 100 intellectual property actions, some of which are listed below. As the key outside counsel to many middle-market companies, he does more than solve legal issues. Mr. Pink invests in his clients, takes ownership of their pressing issues, and finds solutions to fit their business and legal needs.

Mr. Pink is a frequent speaker on intellectual property matters and has been interviewed on copyright and entertainment issues by NPR News, Fox Broadcasting, ESPN, the New York Times, the Los Angeles Times and the Wall Street Journal among others. He has been named a “Southern California Super Lawyer” by the publishers of Los Angeles Magazine every year since 2007, teaches intellectual property law at Western State University, and is a member of the Recording Academy and the Television Academy. Prior to entering law school, Mr. Pink worked as a screenwriter and was a nationally syndicated cartoonist.

He successfully defended one of the most well respected bands in the history of pop music, and has represented some of the biggest names in Rock and Roll. He regularly serves as lead counsel for major, international entertainment corporations, entertainers, actors, artists, retailers and manufacturers, providing thoughtful leadership, strong legal arguments and dynamic trial strategy. He was lead attorney in several seminal trademark and copyright lawsuits, resulting in decisive victories for his clients. He has similarly achieved impressive results in complex patent infringement, misappropriation of name and likeness (rights of publicity), misappropriation of trade secrets, breach of contract, and unfair competition matters. He excels at obtaining impressive and important results for his clients in state and federal court.

Master of Fine Arts, School of Motion Picture and Television, 1988