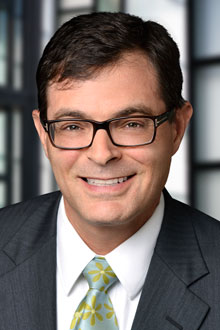 Brant Dveirin is a partner in the Los Angeles office of Lewis Brisbois and a member of the Real Estate & Land Use and Public Agency & Municipal Law Practices. He handles matters in the areas of environmental law, construction law, general real estate and business law, class actions, products liability, land use, eminent domain and inverse condemnation. His clients include public agencies, commercial/ industrial and residential owners and developers, industrial and manufacturing businesses and commercial lenders.

Mr. Dveirin has a longstanding relationship as outside counsel for the City of Los Angeles and the Los Angeles City Attorney’s office. He was lead trial and appellate counsel for the Housing Authority of the City of Los Angeles in a Federal class action filed by Section 8 recipients, challenging the lowering of the Voucher Payment Standard. He recently successfully resolved for the Los Angeles Housing Department, a Federal civil rights action filed by the owners of the downtown Cecil Hotel, challenging the City’s Residential Hotel Ordinance.

He was counsel for the Los Angeles Community Redevelopment Agency (CRA/LA) on all of the California Environmental Quality Act (CEQA) cases, related to the Staples Arena. He also represented CRA/LA on all eminent domain cases related to Staples, where the failure to comply with CEQA was raised as an affirmative defense. He was CRA/LA’s appellate counsel on an eminent domain case related to Staples, involving issues of project enhanced and improved comparable sales used to value the subject empty parking lot. He defended CRA/LA in litigation related to the Hollywood Marketplace and Doolittle Theatre projects. He reviewed the environmental impact reports for the downtown Ralphs supermarket and LA Live projects.

Mr. Dveirin represented Valero Energy Corporation on an eminent domain case involving the partial take of a gas station for street widening. He was trial and appellate counsel for the Plastic Pipe Fittings Association in their challenge of the exclusion by the California Building Standards Commission and other State agencies, of PEX plastic pipe from the 2001 California Plumbing Code. He has, for many years, been general counsel for Canplas Inc., a plumbing products company, where he handles insurance coverage, products liability and environmental law issues. He has over his career handled environmental cases involving alleged contamination due to nuclear waste, petroleum products, MTBE and other contaminants under CERCLA, RCRA, HSAA and California common law.

In addition, he represented a lender in a construction defect case on a condominium project where the lender allegedly caused the defects due to the bank’s lack of care during foreclosure and sale of the project. He was counsel for other attorneys in a lawsuit resulting from the breakup of their law firm. Throughout his career, Mr. Dveirin has handled a variety of commercial litigation matters for lenders, businesses and business professionals.

He speaks regularly to professional groups on issues related to boundary disputes, SLAPP suits and anti-SLAPP motions, and other business topics.

Bachelor of Arts in Political Science, 1984