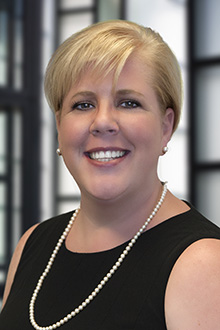 Kelly Alhadeff-Black has extensive experience with compliance and interpretation of Habitat Conservation Plan (HCP) requirements for species conservation and habitat preservation. Specifically, the Western Riverside Multiple Species Habitat Conservation Plan (MSHCP) is a comprehensive HCP requiring mitigation and conservation for over 500,000 acres of land and approximately 146 native species of plants and animals. She represented private developers, both commercial and residential, on issues with the MSHCP including negotiations of conservation requirements, sale of land and placing conservation easements and restrictive covenants over private land.

In addition to her work on species and habitat conservation, Ms. Alhadeff-Black is also experienced in all aspects of reviewing cultural and archaeological reports and negotiating mitigation measures, including possible land donation or conservation easements for the protection and preservation of historical and archaeological resources.  Ms. Alhadeff-Black has worked under the guidelines of both SB 18 and AB 52 which require Native American consultation and negotiation as part of the development process.

Outside of the office, Ms. Alhadeff-Black has served as an adjunct Professor for Legal Skills at the University of San Diego School of Law, an instructor on Land Use and CEQA issues for the Environmental Leadership Institute for California State University, San Marcos, and she has previously served on the Board of Directors for Kids Included Together and the Rivers and Lands Conservancy.