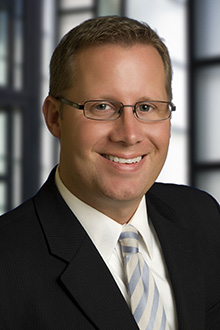 Jeff Bash is the managing partner of the Madison County, Illinois office of Lewis Brisbois (located in metropolitan St. Louis) and a chair of the Asbestos Litigation Practice. He focuses his practice on the defense of manufacturers, retailers, suppliers and premises owners in toxic/mass tort and environmental litigation. He provides proactive solutions aimed at reducing potential liability and exposure to clients. Mr. Bash also has extensive experience representing health care providers, trucking and insurance companies. He is licensed to practice in the State Courts of Illinois and Missouri and the United States District Courts for the Southern District of Illinois and Eastern District of Missouri and is frequently called upon by clients to represent them in other states.

Mr. Bash has successfully managed complex commercial litigation for Fortune 500 corporate clients in Madison County and St. Clair County, Illinois and in neighboring counties in Missouri, such as the City of St. Louis, for more than 15 years, including serving as National Coordinating and National Settlement Counsel. He has tried cases to verdict and specializes in mitigating risks for clients through diligent trial preparations, motion practice and settlement negotiations. He has been retained by clients to negotiate settlements and dismissals nationwide. Mr. Bash has taken the lead in pressing defenses such as a lack of personal jurisdiction, forum non conveniens, products liability statutes of repose and medical causation. He has also drafted and argued numerous dispositive motions including motions to dismiss and motions for summary judgment. Mr. Bash has defended the firm’s clients in hundreds of depositions of plaintiffs, corporate representatives, co-workers, medical providers and experts. In addition, he has experience litigating claims involving hospital billing disputes. Mr. Bash also has extensive experience defending clients in benzene exposure claims, wrongful foreclosure, aviation litigation and general insurance casualty claims.