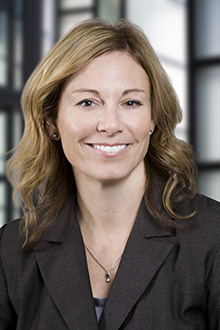 Heather Jensen is the managing partner in the Seattle office of Lewis Brisbois. Ms. Jensen is a trial attorney with over 20 years of experience. Since 2008, her practice has focused on the defense of long-term care providers in skilled nursing home and assisted living facility matters. She also defends insurance carriers and their policyholders in a variety of matters, including insurance bad faith, personal injury, wrongful death, premises liability and property disputes.

An experienced and successful trial attorney, Ms. Jensen began her career with a boutique insurance defense firm. In 2001, she practiced as a Deputy Prosecutor with the King County Prosecutor’s Office for seven years, where she tried more than 50 cases to verdict. As a prosecutor, Ms. Jensen specialized in cases involving domestic violence and the sexual abuse of children and adults. She tried cases involving arson, theft, and violent crimes to verdict. Ms. Jensen also handled numerous appeals, arguing several cases before Division I of the Washington State Court of Appeals.

In 2008, Ms. Jensen returned to civil practice and was honored to become a firm shareholder. Having joined Lewis Brisbois in 2012, Ms. Jensen now serves as the Seattle Managing Partner while managing her successful trial practice.

U.S. District Court for the Eastern District of Washington

U.S. District Court for the Western District of Washington