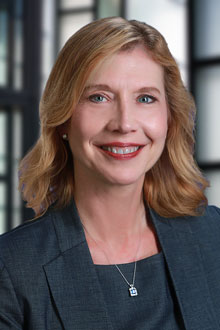 Jennifer “Jenny” Michel is the managing partner in the Lafayette and New Orleans offices of Lewis Brisbois and co-chair of the London Market Group; the Pollution Legal Liability/Environmental Impairment Liability (PLL/EIL) Practice; and chair of the Marine & Energy Practices. She has worked with London insurers her entire career. Licensed in both Louisiana and Texas, she leads a team of experienced attorneys focused on marine, both traditional and alternate energy, onshore and offshore property, construction, environmental, general liability, professional liability, insurance coverage and bad faith claims, advice and litigation, both at the trial and appellate levels, as well as subrogation recoveries. She is frequently asked to evaluate and monitor claims in all these areas on behalf of excess insurers. Through the years, she has had particular experience in negotiation and interpretation of and litigation involving exploration and production energy contracts, including defense, indemnity and additional insured demands. Drawing on her experience in coverage disputes, she also assists insurers in drafting and refining policy wordings.

United States District Courts for the Eastern, Middle and Western Districts of Louisiana and the Southern District of Texas