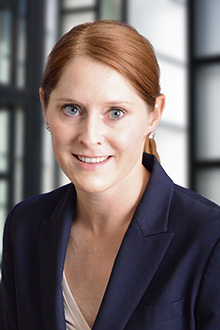 Connie M. Fickel is a partner in the Los Angeles office of Lewis Brisbois and is co-chair of the firm’s Professional Liability Practice and chair of the firm’s Securities Litigation & FINRA Practice. Ms. Fickel represents investment advisors, registered representatives, accountants, actuaries, ERISA fiduciaries, lawyers, and insurance agents and brokers. Ms. Fickel has tried cases to verdict and decision in state and federal courts, as well as in FINRA arbitration. She has successfully defended claims involving a variety of alternative investments, annuities, options, and other investment products and strategies. Ms. Fickel has also successfully defended cases across the country involving insurance agents and brokers in cases involving negligence, breach of contract, and misrepresentation with respect to the procurement of various insurance products. She also represents clients in civil and administrative enforcement actions.

Ms. Fickel also regularly defends cases across the country concerning a variety of welfare benefits plans that were deemed to be abusive tax shelters by the IRS, and which resulted in subsequent fraud and other related claims against the designers and promoters of the plans for failing to predict the future tax treatment of the plans. She also regularly represents clients in complex business litigation, including matters involving real estate, partnership disputes, construction contracts, a variety of employment matters, and consumer class action defense.

Having earned both undergraduate and graduate degrees in business, Ms. Fickel has a strong understanding of financial products and complex business matters. She understands her clients’ businesses and can tailor case handling based on the client’s business and strategic considerations, as well as their risk tolerance. Ms. Fickel also works closely with her clients to provide a business oriented approach to address litigation-related client concerns, including implementing custom metric driven evaluative processes and facilitating communication of timely strategic considerations from within the business to the litigation team.

Bachelor of Science in Business Administration, minor in German, 1996