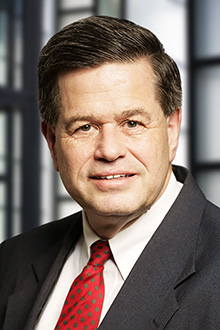 Roy Weatherup is a partner in the Los Angeles office of Lewis Brisbois and a member of the Appellate Practice.

Mr. Weatherup is one of the most experienced appellate attorneys in California. As of the end of 2012, he has been responsible for 1,836 appellate briefs in 1,075 separate cases. Of the briefs, he has personally drafted 420.

Mr. Weatherup is a Certified Specialist in Appellate Law, certified by the Board of Legal Specialization of the State Bar of California.

Approximately 200 of Mr. Weatherup’s cases have resulted in published opinions (which appears to be a larger number of published decisions in civil cases than for any other lawyer in full time private practice in California). He has presented oral argument to state and federal appellate courts over 900 times.

Mr. Weatherup has been the sole or lead trial attorney in 14 cases tried to a conclusion, eight of which were tried to juries. Of these 14 cases, eight involved insurance matters (coverage disputes, claims of “bad faith,” or alleged errors or omissions on the part of insurance agents), three were legal malpractice cases, and three arose from disputes over business transactions.

Mr. Weatherup has handled many cases at the trial court level that were resolved prior to trial, mainly in the areas of legal malpractice defense, insurance coverage (including claims of “bad faith”), and business litigation. He has participated in many hundreds of depositions, and numerous law and motion proceedings. He has served as an expert witness in various types of cases, including legal malpractice, attorney fee disputes, and insurance bad faith.

He has been a member of the CEB Joint Advisory Committee since 1995.

Mr. Weatherup is a sustaining member of the Product Liability Advisory Council (P.L.A.C.). He has been a member of the Los Angeles County Bar Association since 1975, serving on the Superior Courts Committee (including two years as chairman), on the Appellate Courts Committee, on the Economical Litigation Committee (including one year as co-chairman), on the Ad Hoc Committee on the Civil Discovery Act of 1986, on the Judicial Evaluation Committee, on the Court Improvements Committee, and on the Bench- Bar-Media Committee. Other current memberships include the California Academy of Appellate Lawyers, the Lawyers Committee of the United Methodist Church, the Breakfast Club, the Stanford Law Society, the Stanford Alumni Association, Town Hall of California, the Los Angeles World Affairs Council, the Historical Society of Southern California, the Supreme Court Historical Society, and the California Supreme Court Historical Society. He is listed in The Best Lawyers in America, in Super Lawyers, in Who’s Who in America, and in Who’s Who in American Law. He is a former member of the State Bar Appellate Courts Committee (1988-1991). He has served as an arbitrator for the American Arbitration Association; as a moot court judge at U.C.L.A., Loyola, and Pepperdine; and as a lecturer for the Association of Southern California Defense Counsel (on the expert witness statute) and for the Los Angeles Trial Lawyers Association (on the Discovery Act). He served for three years (2004-2007) as a member of the Appellate Law Advisory Commission of the State Bar, which oversees the certification of appellate specialists in California.

Mr. Weatherup is one of the authors of California Civil Appellate Practice, Third Edition (1996; updated 2007), and the author of the handbook Making and Opposing a Summary Judgment (2009), both published by Continuing Education of the Bar (CEB).

He is also one of the twelve authors of the new, comprehensive CEB treatise, Privacy Compliance and Litigation in California (2008), the definitive work in its field. He wrote “Standing Armies and Armed Citizens: An Historical Analysis of the Second Amendment,” 2 Hastings Constitutional Law Quarterly 960 (1975), which was reprinted as part of “Improving the Criminal Justice System in the United States,” Document Number 94-171 (U.S. Senate, 94th Congress, Second Session).

Mr. Weatherup was born April 20, 1947, in Annapolis, Maryland. He is married to the former Wendy Gail Gaines. The Weatherups have two children and reside in Los Angeles.