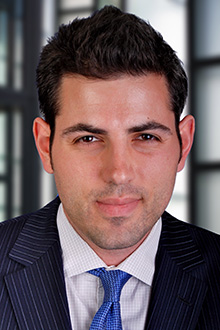 David Rosenthal is a partner in the New York office of Lewis Brisbois and a member of the General Liability, Construction, Transportation, and Toxic Tort & Environmental Litigation Practices. His practice also includes the defense of civil rights, premises, toxic tort and wrongful death actions. Mr. Rosenthal has been especially successful obtaining the dismissal of a variety of claims via dispositive motion practice in both state and federal court.

Mr. Rosenthal is a member of the firm’s Transportation Practice Group and rapid response team. In that capacity, he handles 24/7 emergency response investigation throughout the United States of serious loss trucking and bus accidents and oversees local counsel from the inception of a claim to resolution.

Mr. Rosenthal was a recipient of the Rising Stars® distinction in the 2014 and 2015 editions of New York Super Lawyers. The selection of Rising Stars® is made by an attorney-led research team that independently reviews the credentials of potential candidates and assigns points based on a set of evaluation criteria. Practicing lawyers are asked to nominate "attorneys who are 40 or under, or who have been practicing for 10 years or less." No more than 2.5 percent of the lawyers in a geographical region are named to the Rising Stars® list.

Bachelor of Arts in Political Science, 2001