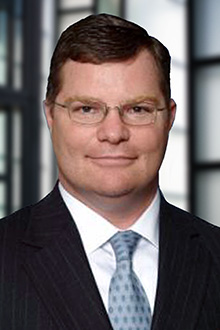 Philip O’Rourke is a partner in the New York office of Lewis Brisbois, chair of the Asbestos Practice, and a vice-chair of the Toxic Tort & Environmental Litigation Practice. His practice focuses on product liability, environmental and mass tort law. He is responsible for defending several hundred asbestos, chemical sensitivity and other toxic tort related cases throughout New York State and in Federal Court, many on behalf of Fortune 500 companies. As a litigator, Mr. O’Rourke has obtained numerous defense verdicts on behalf of his clients, and has successfully briefed and argued cases before the Appellate Division, New York State.

Mr. O’Rourke began his legal career over 20 years ago with the Bronx County District Attorney, where he became a member of the District Attorney’s Major Case Unit. While with Major Case, he tried several homicide and violent crime cases, and has substantial experience with long term investigations.

As a litigator since 1999, Mr. O’Rourke’s primary focus has been the cost efficient management of complex claims, reduction of burn rates, and the protection of corporate assets. He believes that a defendant who can and will try a case to verdict is more likely to achieve their desired result.