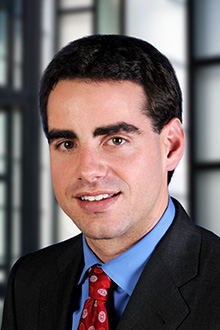 Daniel Lewis is a partner in the Los Angeles office of Lewis Brisbois and a member of the Entertainment, Media and Sports, Intellectual Property & Technology, and Franchise & Distribution Practices. Mr. Lewis advises clients in a wide variety of intellectual property matters, including copyright, trademark, patent, domain names, rights of publicity, trade secrets, defamation and the First Amendment. Prior to becoming an attorney with this firm, he worked as an extern with the Honorable Dickran Tevrizian, Jr. in the United States District Court, Central District of California.

In 2012, Mr. Lewis obtained a reversal of the Trial Court’s denial of our client’s ANTI-SLAPP motion, resulting in a defense of the claim that our client published false and defamatory material. The decision is Direct Shopping Network v. Robert James, 206 Cal. App. 4th 1551. Since 2011 Mr. Lewis has assisted in production counsel duties with various television programs and movies.

In 2011, we obtained a dismissal for our client on an issue of first impression concerning application of the Copyright Act's DMCA. Plaintiff had sued our client in California state court alleging that our client's representation in an EBAY VERO take down notice which alleged trademark infringement subjected our client to liability for various California based tort claims. We established that the DMCA was the sole statutory framework which could be applied to adjudicate alleged wrongful conduct in a take down notice, such as a VERO complaint, even if the alleged wrongful conduct was false claims of trademark infringement. The State Court dismissed the case holding that wrongful actions taken via DMCA take down notices, regardless of their content, must be brought in Federal Court under the Copyright Act. In 2011, Mr. Lewis successfully represented HD Net in an copyright matter involving the program Bikini Destinations.

In 2009, Mr. Lewis was counsel for Flynt Media Corporation and its principals Jimmy Flynt II and Dustin Flynt in a jury trial brought by Larry Flynt and the publisher of Hustler. The case dealt with complex issues of trademark law and rights of publicity in the context of members of the same family utilizing a common surname in competing ventures.