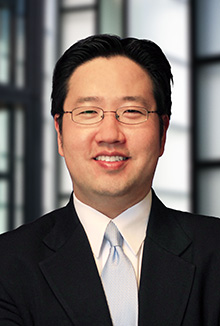 Scott Lee is a partner in the Los Angeles office of Lewis Brisbois and a co-chair of the Korean Business & Litigation and Lithium-Ion Battery Practices. Mr. Lee currently serves on the firm’s (a) Partnership Committee and (b) Diversity and Inclusion Committee. His areas of practice include commercial litigation, general liability, corporate and bankruptcy. Mr. Lee was recently appointed to the Orange County Assessment Appeals Board by Supervisor Michelle Steel.

He is the founding member of the Korean Business Group which currently has a number of Korean American attorneys in multiple offices across the country. He has successfully handled numerous matters involving substantial sums and currently represents some of the largest companies from Korea with various matters in the U.S. With his assistance, the firm advises a wide range of Korean companies doing business in the U.S. and maintains a strong network with the major law firms in Korea to jointly handle cross-border issues.

Prior to joining Lewis Brisbois, Mr. Lee worked for the largest Asian American insurance brokerage in the U.S.

Bachelor of Science in Psychobiology, 1996