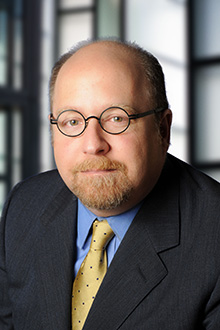 Josh Hodas is a partner in the Los Angeles office of Lewis Brisbois and a member of the Intellectual Property & Technology Practice. His practice focuses on copyright, patent and trademark advising and litigation, breach of contract and negligence litigation arising from software and hardware development, implementation and support contracts, start-up business formation, and drafting of development contracts, software licenses, SaaS subscription agreements, privacy policies and the like.

He has been involved in the computer industry since 1978 when he used his bar mitzvah money to purchase Apple II serial # 3318, and he worked on and off as a developer and consultant for 15 years until he obtained his Ph.D. in Computer Science from the University of Pennsylvania.

Prior to becoming a lawyer, he was a tenured associate professor of Computer Science at Harvey Mudd College and Director of that department’s “clinic” program of industry-funded development projects.

University of Pennsylvania Department of Computer and Information Science

Masters of Science in Engineering, 1992

University of Pennsylvania Departments of Mathematics and Oriental Studies