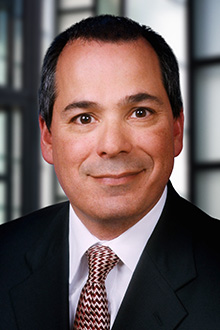 Dan DeCarlo is a partner in the Los Angeles office of Lewis Brisbois and chair of the Intellectual Property & Technology Practice and co-chair of the Trade Secrets & Non-Compete Disputes Practice. Dan has been with the firm since 1997 and his practice focuses on intellectual property and complex business litigation. In his nearly 30 years of practice, Dan has earned a reputation as one of the most formidable litigators and trial attorneys in Los Angeles.

In 2020 and 2021 Dan was recognized as one of the top litigators and trial lawyers in Los Angeles by the Los Angeles Business Journal – Los Angeles’ premier business publication. Dan shared this distinction with less than 88 other lawyers in the Los Angeles area. In describing the honor, LABJ publisher Josh Schimmels said, “These are lawyers you want in your corner in court.” They are “trailblazing courtroom stewards” who “keep the people and businesses of Los Angeles on track.” The firm’s announcement regarding the 2021 distinction can be accessed here.

This recognition from the LABJ followed a string of courtroom victories for Dan, the highlight of which was a 2019 trial in which Dan was retained to represent a physician and his companies in a particularly contentious Lanham Act and franchise dispute. At the onset of the litigation, Dan’s client was falsely accused by the other party of statutory rape, as a means to extort a settlement. The stakes were exceedingly high as the false allegations went to the core of the client’s reputation and had the potential to compromise his medical license.

Ultimately, Dan prevailed at trial, earning complete vindication for his client along with a stunning $1.3 million sanction award against the adverse party as a result of the flagrant false rape allegations. In delivering the ruling in this case, District Court Judge David Carter said, “The fraud on the Court perpetuated by [plaintiff] Mattera cannot go unpunished given the many people who have suffered from his actions including [defendant] Dr. Rinehart…”.

Following the successful resolution of this case, Dr. Kristopher Rinehart, M.D., Dan’s client against whom the false allegations were made, said “My father was a lawyer and I have known many. It is unique to find a supremely knowledgeable lawyer and fierce litigator with such versatility that he is able to go from Lanham Act expert to criminal defense to criminal prosecutor to civil justice all in one case. Dan DeCarlo did all that, and he did it in front of the most no-nonsense judge on the federal bench when he did it in front of The Honorable David Carter.” The Court’s order can be read here. The firm’s announcement about this sanction award can be found here, which includes links to extensive coverage of this case by the Los Angeles Daily Journal.

Since 1992, Dan has focused on complex business litigation, concentrating on trademark and Lanham Act claims, copyright litigation, unfair competition litigation, false advertising, trade secret litigation, patent litigation, right of publicity and related business torts. He has served as lead counsel in countless jury and bench trials and has extensive experience in all aspects of federal court litigation, including preliminary injunctions, summary judgments, and appeals to the Ninth Circuit and Federal Circuit Courts of Appeal.

Similar to all other lawyers in Lewis Brisbois’ Intellectual Property Practice, Dan ascribes to a litigation philosophy that stresses comprehensive early analysis and evaluation in order to plan an aggressive and results-oriented approach. The ultimate goals of the client must be thoroughly reviewed and measured against the complexity and expense of each matter. Some successful examples of this approach from recent years are listed below. Further details of these cases, and additional matters from the past two decades of Dan’s career, can be found under the “Representative Matters” tab.

See the “Representative Matters” tab at the top for more details of these matters, plus additional matters from the past two decades.