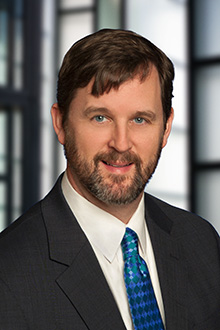 Michael Carter is a partner in the Chicago office of Lewis Brisbois and a member of the General Liability and Architects & Engineers Practices. Mr. Carter's practice includes wrongful death, construction site accident, construction defect, professional liability, premises liability and product liability cases. Mr. Carter has tried a number of cases to jury verdict, including wrongful death, premises liability, and automobile accident cases. Having practiced in both the Phoenix and Chicago offices of Lewis Brisbois Bisgaard & Smith, he has obtained Summary Judgment in cases pending in the Arizona state courts, the Illinois state courts, and the United States District Court. He obtained summary judgment for a restaurant in a wrongful death case involving three fatalities. He also obtained summary judgment for a rock concert venue in a case involving a claim of inadequate security. His experience practicing in both Arizona and Illinois allowed him to handle a complex case that was pending in the United States District Courts in both of those states, allowing the clients to deal with one attorney handling all of the issues presented. He has also participated in hundreds of settlement conferences to obtain favorable results for his clients.

University of Arizona College of Law