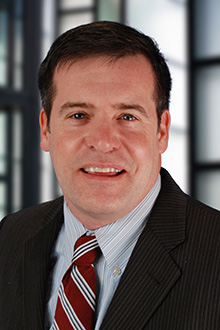 James Cardenas is a partner in the New York office of Lewis Brisbois and a member of the Architects & Engineers Practice. Mr. Cardenas frequently reviews contracts for design professionals vetting them for unfavorable clauses and ensuring that the parties’ intentions are clearly conveyed by the language being utilized. Contract reviews are performed in short form touching upon major categories only in a limited one hour review or can consist of complete review and drafting of entire agreements. Mr. Cardenas also participates in servicing a 24 hour telephone hotline providing quick answers and solutions to select Architects and Engineers who are covered by the program. Mr. Cardenas also handles a significant number of construction defect claims against owner/developers, construction management firms, design professionals and general contractors throughout NY and NJ. Additionally, he continues to maintain a significant case load of various general negligence defense matters throughout NY and NJ.

Prior to joining the firm, Mr. Cardenas was an Of Counsel attorney to a boutique firm specializing in the representation of design professionals. This position involved representing architectural and engineering clients in defense of formal claims, as well as, pre-claim matters under a loss prevention program. This program sought to counsel clients on early avoidance of risk through planning and to provide critical assistance to clients in navigating the pitfalls of potential liability once the initial signs of a claim became known.

Throughout his career, Mr. Cardenas has gained invaluable experience appearing before numerous administrative agencies in NY and NJ including the Federal Equal Employment Opportunity Commission, NY State Division of Human Rights, NYC Division of Human Rights, NJ Division on Civil Rights, NJ State Dept. of Labor, NJ Division of Wage and Hour Compliance, NJ Office of Attorney Ethics, The NY State Office of the Professions, NYC Dept. of Transportation, NYC Department of Buildings, NYC Department of Investigations, and the NYC Movable Bridges Division. Relevant administrative agency hearings have included attempts by Federal, State and City Agencies to revoke and/or suspend a practitioners license to practice. Other hearings have involved agency attempts to rescind and/or revoke special inspections privileges whereby practitioners were certifying the completion of work by contractors on behalf of the Owner. While in law school at Rutgers University, he participated in a Federal Court Judicial Externship with U.S. Magistrate Joel B. Rosen and was a Philadelphia Pro Bono Bankruptcy Clinic Volunteer.

Bachelor of Arts in Political Science, 1993