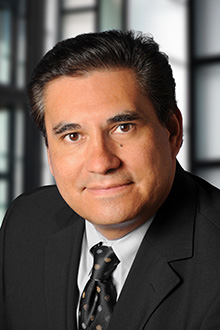 Leo Bautista is a partner in the Los Angeles office of Lewis Brisbois, a member of the Intellectual Property and Technology Group, and co-chair of the Franchise and Distribution, and Trade Secrets and Non-Compete Disputes Practices. He received his undergraduate degree in Political Science from Stanford University and his law degree from Berkeley Law (University of California, Berkeley).

Mr. Bautista is a Certified Specialist of franchise and distribution law by the State Bar of California Board of Legal Specialization and has a lengthy background in advising franchising companies and litigating franchising disputes in civil litigation and private arbitrations involving issues ranging from terminations and contract enforcement, to anti-trust, fraud, and rescission claims by single units, and by multiple parties in system-wide disputes.  Mr. Bautista and has also served as a court appointed and privately retained arbitrator in civil disputes related to commercial matters and tort actions.