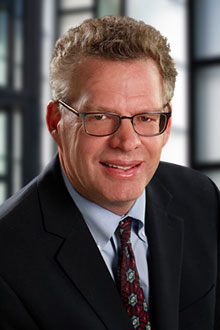 John C. Boyden is a partner in the Reno office of Lewis Brisbois and a member of the General Liability Practice. Mr. Boyden is an exceptionally qualified and unique trial lawyer in Nevada, who provides each of his clients with seasoned advice and the highest quality legal representation. Mr. Boyden began his law career in 1990, clerking for a state court judge, and then moving into private practice, where for much of his career he has litigated contested and contentious lawsuits. As a result of his in-court experience and peer review, Mr. Boyden has been accepted into the prestigious American Board of Trial Advocates (ABOTA). This organization selects only those lawyers in the United States who have significant courtroom experience and the highest ethical standards. Mr. Boyden has also received an AV rating by the pre-eminent peer review organization. Martindale-Hubbell, where an AV rating signifies that his peers consider him to have the highest ethical standards and professional ability. Mr. Boyden has received numerous other awards and certifications, which display his success and ability in serving and assisting his clients.

Mr. Boyden enjoys litigation and is always ready for the next challenge. Throughout his career, he has represented numerous contractors and subcontractors throughout the years and has extensive experience in construction defect litigation, as well as general construction litigation and assistance with drafting contracts. In one representative case, Mr. Boyden successfully defended to verdict a six-week jury trial relating to the plumbing conversion of a large downtown Reno apartment complex into condominiums. Although there were technical and code compliance issues with the retrofitted and newly installed plumbing, Mr. Boyden achieved a complete defense verdict for his plumbing client.

In addition to advocating for clients, Mr. Boyden is frequently selected by other attorneys to act as an arbitrator. After being chosen as the arbitrator on a case, Mr. Boyden manages the case, and thereafter, if the case is not settled, listens to the witnesses and evidence and makes a decision based on this evidence, much like occurs in a regular trial. Mr. Boyden has acted as a Washoe County Panel Arbitrator for over ten years.

Mr. Boyden was born in Denver, Colorado and grew up in Reno, Nevada, attending local public schools. He graduated from Whitman College in Walla Walla, Washington in 1987, and obtained his Juris Doctor degree from Loyola Law School in Los Angeles, California, in 1990. Mr. Boyden is married with two children, enjoys sports and outdoor activities, and has pet dogs and cats.