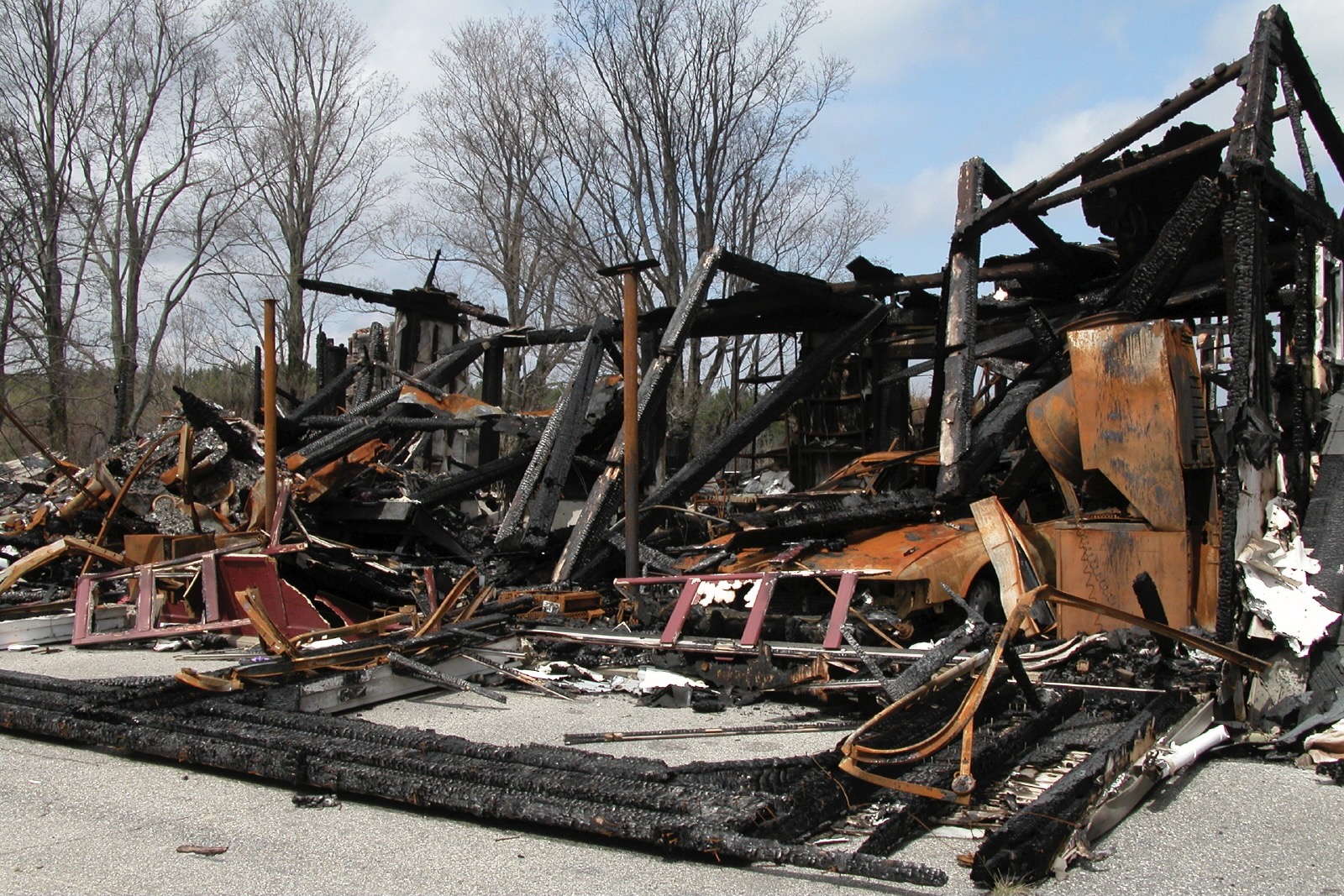 (October 2021) - In Vulk et al. v. State Farm General In. Co., ---Cal.App.5th --- (September 23, 2021), the California Third District Court of Appeal affirmed a summary judgment entered in favor of State Farm General Insurance Company (“State Farm”) against property owner, Gary Andrighetto (“Andrighetto”), in connection with a complaint for breach of contract, negligence, bad faith and violation of Business and Professions Code section 17200 related to the destruction of Andrighetto’s home by a wildfire known as the “Boles Fire” in September 2014. Andrighetto alleged that State Farm, through its agent, had underinsured his home such that he did not have sufficient limits to completely rebuild the home.

Thereafter, Andrighetto rebuilt his home for a cost of $236,173.26. However, a contractor hired by Andrighetto’s public adjuster advised that the reconstruction of Andrighetto’s home would have been $365,450.26 if he had “full coverage for the loss.” Hence, Andrighetto was forced to build a substantially cheaper replacement house.

Andrighetto stipulated that State Farm paid him all the benefits owed under his policy and that State Farm had properly handled his claim. He also advised in his deposition that he never read his policy and simply relied on his agent’s statement that he had “full coverage.” He further testified that he relied on the State Farm agent to procure the “right amount” of insurance for his house. Thereafter, State Farm filed a motion for summary judgment in response to Andrighetto’s complaint. In response, the trial court granted such judgment.

In affirming the trial court’s entry of summary judgment, the Court of Appeal noted that prior to the fire, State Farm sent a renewal notice to Andrighetto in 2013 advising him of the coverages afforded for his property. Further, in October 2012, State Farm sent Andrighetto the California Property Insurance disclosure form mandated by California Insurance Code section 10101. This form listed and defined various types of insurance coverage including:

The Court of Appeal stated as follows in connection with the disclosure form sent to Andrighetto:

The disclosure form sent to Andrighetto in October 2012 advised him that he had purchased extended replacement cost coverage for his dwelling and building code upgrade coverage, and that guaranteed replacement cost coverage, which he did not purchase, was the broadest level of coverage. The form additionally advised Andrighetto that his policy's declarations page identified the specific coverage limits he purchased, and explained that it was important for him to consider whether the limits were sufficient to meet his needs and that he should contact his insurance agent or insurance company if he had any questions about the coverage he purchased or if he wanted to discuss his coverage options. The form specifically warned Andrighetto about being "underinsured" (i.e., insuring his home for less than its replacement cost), which "may result in [his] having to pay thousands of dollars out of [his] own pocket to rebuild [his] home if it is completely destroyed." The form advised Andrighetto that the coverage limit on his dwelling should be high enough to allow him to rebuild his home in the event it is completely destroyed, and encouraged him to obtain a current estimate of the cost to rebuild his home from his insurance agent or insurance company, or to obtain an independent appraisal from a local contractor, architect, or real estate appraiser, and to contact his agent or insurance company immediately if he believed his coverage limits might be inadequate. The form explained that a current estimate of the cost to replace his home could "help protect [him] against being underinsured," and that if he obtained such an estimate and wanted to change his coverage limits, he should contact his insurance company. Thus, State Farm notified Andrighetto that he did not have guaranteed replacement cost coverage for his home; rather, he was insured for replacement only to the extent of the coverage limits set forth on his policy's declarations page.

In addition, the Court of Appeal noted as follows:

Every five years, including in August 2009 and August 2014, State Farm sent Andrighetto a letter providing him "information about an important aspect of ... homeowners coverage - estimating the cost to replace [his] home at today's reconstruction prices." The letter identified several ways to obtain such an estimate, including using a recent replacement cost appraisal, a recent building contractor's estimate, or working with his insurance agent using Xactware software. State Farm specifically advised Andrighetto that it does not guarantee that any replacement cost estimate will be the actual future cost to rebuild his home and recommended that Andrighetto purchase insurance coverage in an amount at least equal to the estimated cost to replace his home. In doing so, State Farm informed Andrighetto that while he estimated the cost to replace his home when he originally purchased his homeowners policy (i.e., in 1993), it recommended that he review his policy each year to ensure he had sufficient insurance coverage. State Farm emphasized that such a review was particularly important if Andrighetto felt that home improvements, rising construction costs, or other economic factors made his original estimate outdated.

In affirming the trial court’s entry of summary of judgment, the Court of Appeal advised that, in general, an insurance agent owes no duty to an insured to procure additional or different insurance coverage. However, such rules do not apply in certain instances. The Court of Appeal stated as follows:

"[A)s a general proposition, an insurance agent does not have a duty to volunteer to an insured that the latter should procure additional or different insurance coverage." (Fitzpatrick v. Hayes (1997) 57 Cal.App.4th 916,927 (Fitzpatrick); see also Roberts v. Assurance Co. of America (2008) 163 Cal.App.4th 1398, 1403-1404.) "In the ordinary case, 'the onus is ... squarely on the insured to inform the agent of the insurance he requires.’” (Wallman, supra, 200 Cal.App.4th at p. 1309; see Everett, supra, 162 Cal.App.4th at p. 660 [an insurer does not have a general duty to set policy limits for insureds, including policy limits that equal the cost to replace an insured's home; rather, "it is up to the insured to determine whether he or she has sufficient coverage for his or her needs"].)

As we have explained, State Farm was not required to refute liability on a theory of liability raised by Andrighetto for the first time in his opposition to the motion for summary judgment, and the trial court did not need to address the theory in ruling on the motion. But even if we were to consider the merits of the newly raised theory and liberally construe the record as containing evidence that Winkelman told Andrighetto that he had "full coverage" for his home prior to the Boles Fire in response to his request for the "best policy," we would conclude that the evidence was insufficient to establish a triable issue of fact as to whether Winkelman assumed a special duty of care to ensure Andrighetto had full replacement cost coverage for his home under a misrepresentation of coverage theory or a failure to procure the agreed-upon coverage theory.

Lastly, the Court of Appeal found that since State Farm paid out its full policy benefits, Andrighetto could not maintain claims for breach of contract and breach of the implied covenant of good faith and fair dealing against State Farm.