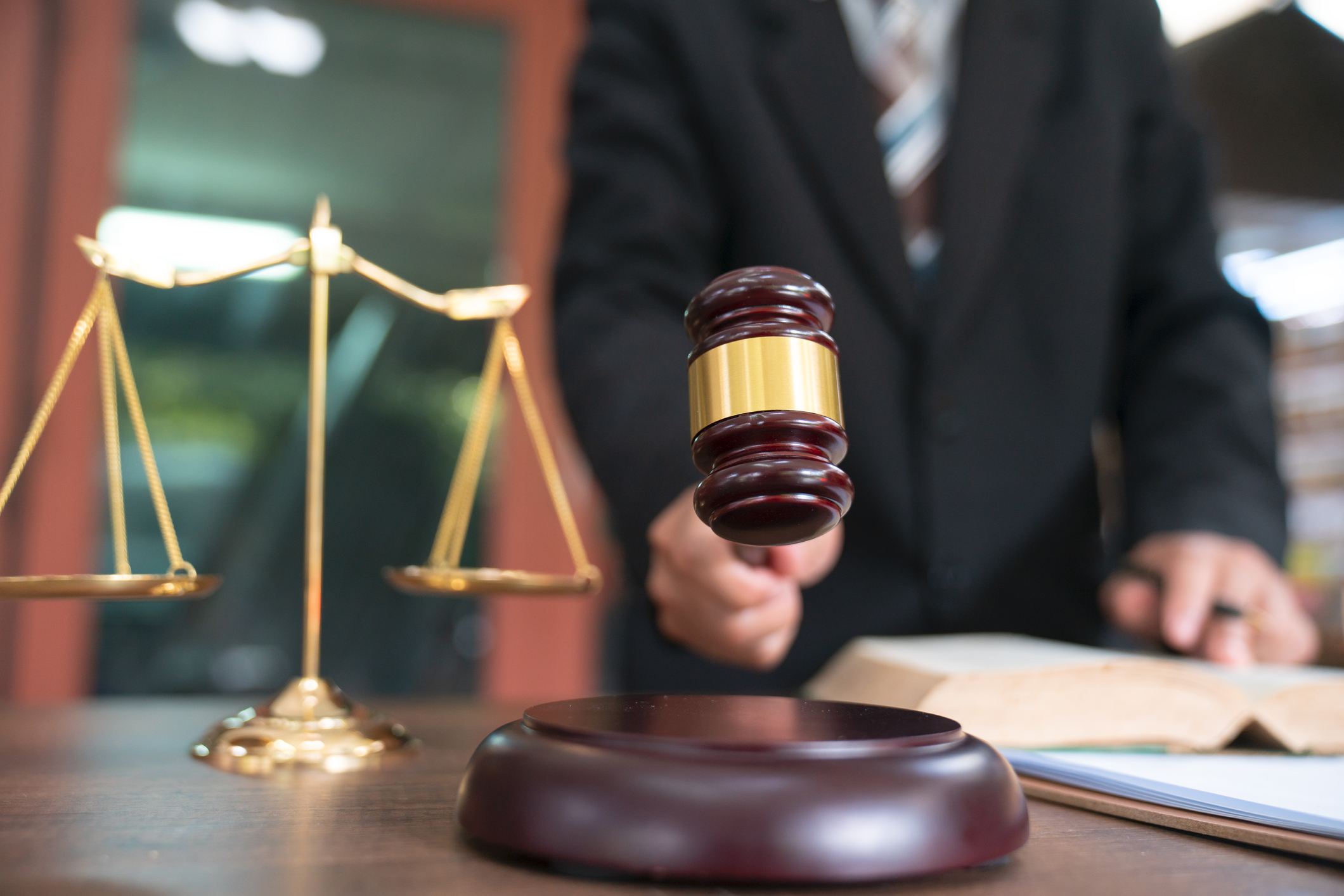 (October 2021) - In Nede MGMT, Inc. v. Aspen American Ins. Co., --- Cal. App.5th --- (September 20, 2021), the California Second District Court of Appeal affirmed the trial court’s order dismissing a declaratory relief action filed by the owners of a property destroyed by fire, the Darwish family. The fire caused the death of a squatter and injuries to two tenants and two other squatters. Subsequently, the injury tenants, squatters, and the estate of the deceased squatter, filed a lawsuit against the Darwish family and the property manager for the property, Nede MGMT (“Nede”) for wrongful death, negligence, premises liability, and conversion (the “Hall action”). The Hall action also alleged punitive damages. Thereafter, the Darwish family and Nede tendered the defense of the Hall action to the managing general agent, Deans & Homer (“D&H”), for Aspen American Insurance Company (“Aspen”). In response, Aspen issued a reservation of rights to the Darwish family related to no coverage for settlements and/or judgments in excess of policy limits and no coverage for punitive damages. In addition, Aspen initially reserved its rights to decline coverage of Nede to the extent that it was not acting as property manager for the property. Subsequently, Aspen withdrew its reservation of rights as against Nede on this issue. Ultimately, Aspen settled the Hall action without a contribution from the Darwish family or Nede.

Nonetheless, the Darwish family filed a declaratory relief action against Aspen contending that they were entitled to independent counsel. In response, Aspen filed a demurrer to the Darwish Family complaint arguing that its reservation of rights did not trigger a right to independent counsel, and the trial court agreed and sustained the demurrer without leave to amend.

In affirming the trial court’s decision, the Court of Appeal explained the circumstances which create a right to independent counsel as follows:

Cumis and section 2860 are concerned with an attorney's dual representation of the insurer and insured when their interests conflict. “‘In the usual tripartite relationship existing between insurer, insured and counsel, there is a single, common interest shared among them. Dual representation by counsel is beneficial since the shared goal of minimizing or eliminating liability to a third party is the same.’” (Gafcon. Inc. v. Ponsor & Associates (2002) 98 Cal.App.4th 1388, 1419-1420 [120 Cal. Rptr. 2d 392] (Gafcon).) However, “an attorney having such dual agency status is subject to the rule that a ‘“[c]onflict of interest between jointly represented clients occurs whenever their common lawyer's representation of the one is rendered less effective by reason of his representation of the other.”’” (Id. at p. 1420.)

Hence, the Cumis rule and section 2860 spring from "the ethical duty of an attorney to avoid representing conflicting interests. " As the court stated in the Cumis opinion: 'We conclude the Canons of Ethics impose upon lawyers hired by the insurer an obligation to explain to the insured and the insurer the full implications of joint representation in situations where the insurer has reserved its rights to deny coverage. If the insured does not give an informed consent to continued representation, counsel must cease to represent both. Moreover, in the absence of such consent, where there are divergent interests of the insured and the insurer brought about by the insurer's reservation of rights based on possible noncoverage under the insurance policy, the insurer must pay the reasonable cost for hiring independent counsel by the insured. . . . Disregarding the common interests of both insured and insurer in finding total nonliability in the third party action, the remaining interests of the two diverge to such an extent as to create an actual, ethical conflict of interest warranting payment for the insureds' independent counsel.' [Citation.] This holding was based on a long line of attorney-client conflict of interest cases as well as the American Bar Association Code of Professional Responsibility. [Citations.]' (Golden Eagle. supra. 20 Cal.App.4th at pp. 1394-1395.)

The Darwish family has not alleged that Fields was thrust into any ethical conflict of interest in his representation of them and Aspen and D&H. They alleged no dispute over coverage. Aspen and D&H did not reserve any rights related to coverage beyond an excess-limits damage award and punitive damages, which did not create an ethical conflict for Fields. The Darwish family points to nothing suggesting their interests diverged from Aspen's and D&H's interests, forcing Fields to represent one to the detriment of the other. All parties were aligned in defending the Hall action to minimize or avoid liability. In other words, Fields "had no incentive to attach liability to appellant." (Blanchard v. State Farm Fire & Casualty Co. (1991) 2 Cal.App.4th 345, 350 [2 Cal. Rptr. 2d 8841.) Fields's handling of the case-and the Darwish family's dissatisfaction with it-is beside the point, unless perhaps his poor performance shows he was serving Aspen’s and D&H's separate and conflicting interests to their detriment. But the SAC contains no allegations that any such conflict existed that might have encouraged Fields to perform poorly in order to serve Aspen's rights over the Darwish family's rights.

The Court of Appeal also rejected the Darwish family’s other arguments regarding the right to independent counsel as follows:

True, the circumstances giving rise to a conflict of interest are not limited to section 2860. (Gafcon, supra, 98 Cal.App.4th at p. 1421.) The Darwish family invokes the situation "where an attorney who represents the interests of both the insurer and the insured finds that his or her 'representation of the one is rendered less effective by reason of his [or her] representation of the other.’” (James 3, supra. 91 Cal.App.4th at p. 1101.) They point to three examples.

First, they cite the "unremitting hostility" of D&H and Fields toward the Darwish family, exemplified by the belief that the Darwish family would be bad witnesses who could not be believed. This is not a conflict of interest. It is part of an attorney's honest assessment about the merits of a case. It serves both the insurer and the insured. For the insurer, it can inform the decision whether to litigate or settle. For the insured, it might avoid a much higher damages award if a jury dislikes the insured's testimony or finds them not credible. By assessing how a jury might react to testimony from the Darwish family, Fields was serving his clients' aligned interests in avoiding liability.

Next, the Darwish family cites the rejection of a policy-limit settlement demand at the start of the Hall action without consulting them. They focus on the fact that they might have been exposed to damages exceeding policy limits or punitive damages. But Aspen and D&H were simply exercising the right to control the defense. The policy gave Aspen and D&H discretion to investigate and settle claims as they "decide is appropriate." "'Under a policy provision giving an insurance company discretion to settle as it sees fit, the insurer is "entitled to control settlement negotiations without interference from the insured.”’” (Hurvitz v. St. Paul Fire & Marine Ins. Co. (2003) 109 Cal.App.4th 918, 931 [135 Cal. Rptr. 2d 703].

According to a letter attached to the complaint, Fields told Barbara and David he believed the policy limits demand was "clearly premature." In responding to the demand, Fields chronicled in detail all of the outstanding issues. We need not list them here. Suffice it to say, they were all aimed at defending the Darwish family and Aspen and D&H equally.