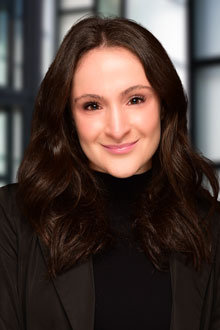 Alessandra DeCarlo is an associate in the New York office of Lewis Brisbois and a member of the General Liability Practice.

Prior to joining Lewis Brisbois, Alessandra served as an Assistant Corporation Counsel at the New York City Law Department, Office of the Corporation Counsel. Specifically, she worked in the Special Federal Litigation Division where she defended the City of New York and its officials in civil rights cases brought in federal court pursuant to 42 U.S.C. 1983. In addition, Alessandra worked in the Office of the Corporation Counsel's Tort Division where she handled litigation of a variety of tort claims, including several of the office's most complex, high-exposure cases, all vended in New York County. Specifically, she litigated an array of complex cases involving police misconduct, excessive force, loss of sepulcher, infant-on-infant sexual assault, as well as cases where the plaintiff sustained high value injuries. She also served as a first-chair and second-chair in multiple jury trials, all of which resulted in defense verdicts.

During law school Alessandra was a member of Brooklyn Law School's Journal of Law & Policy as an Executive Notes & Comments Editor. In addition, she was a legal intern at the United States Attorney's Office for the Eastern District of New York, Criminal Division.