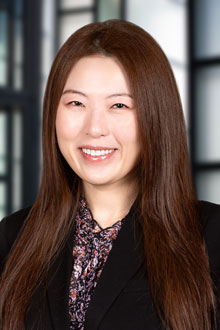 Xiao Wen (Shirley) Jin is a partner in the Las Vegas office of Lewis Brisbois and a member of the Healthcare Practice. Ms. Jin graduated from the William S. Boyd School of Law at the University of Nevada, Las Vegas in 2015. During law school, she externed for the Honorable Kathleen E. Delaney in the Eighth Judicial District Court and for the Clark County District Attorney’s Office. Upon graduation, Ms. Jin served as a law clerk to the Honorable John P. Schlegelmilch in the Third Judicial District Court.  Prior to joining Lewis Brisbois, she worked at an insurance defense firm where her practice focused on civil litigation involving general liability matters. Ms. Jin is licensed to practice in Nevada, Oregon, and California.